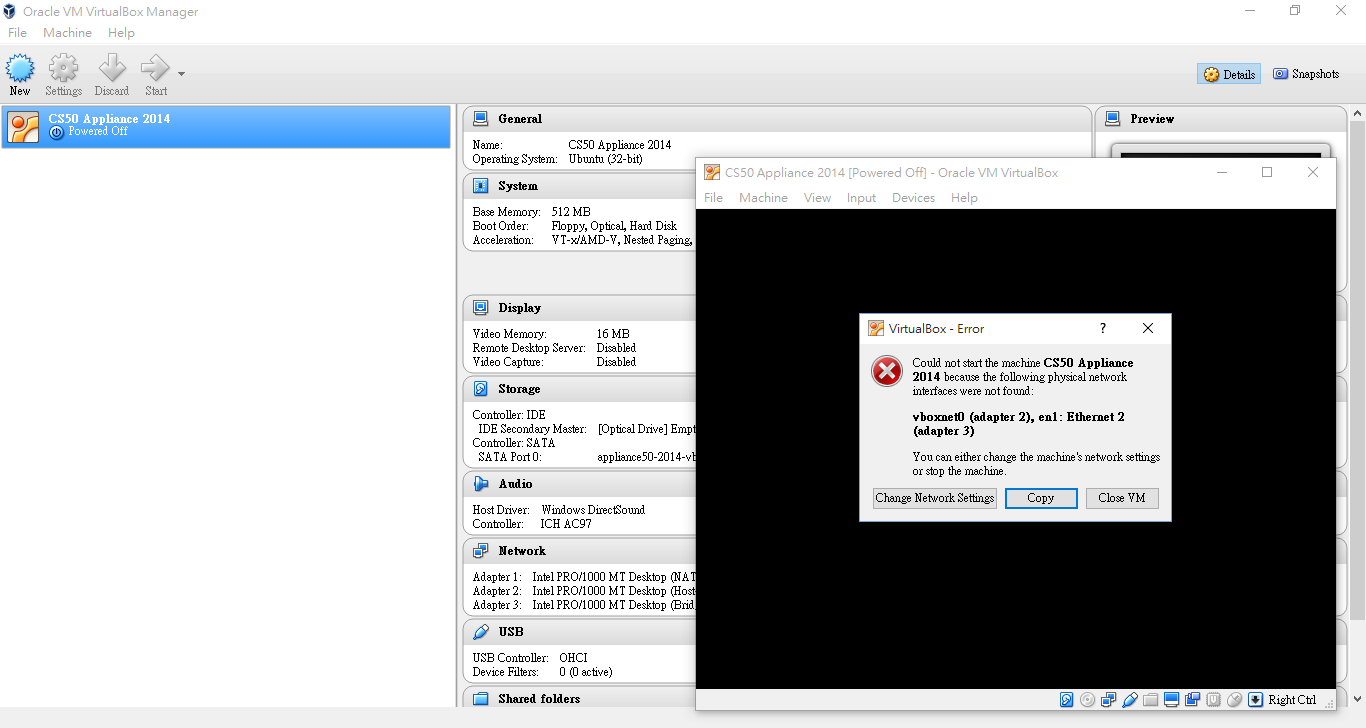 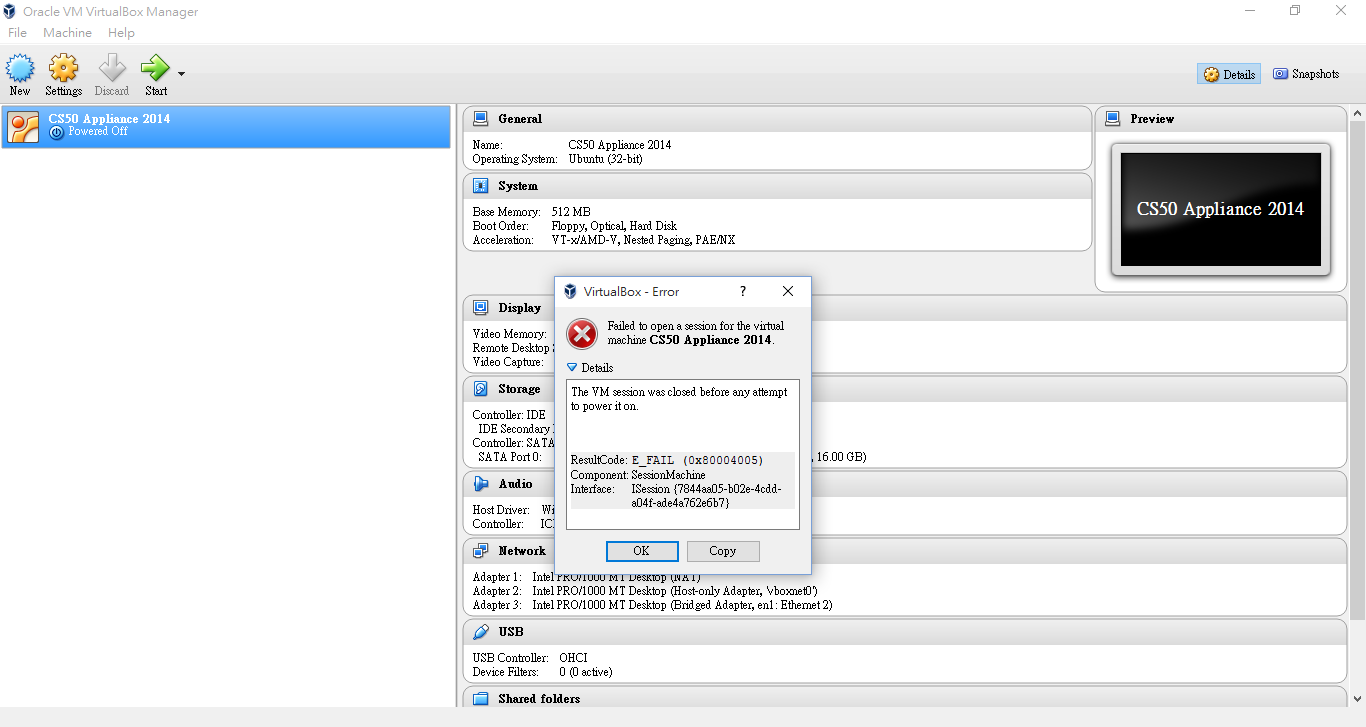 2
Appliance install on Linux - No go with VMware or VirtualBox on Linux Mint, Ubuntu
1
Getting really frustrated with VirtualBox and Appliance 19
1
Problems running update50
1
CS50 Appliance won't connect to internet in VirtualBox
0
Network Adaptor 3
0
Appliance NOT opening after updating to Windows 10
1
CS50 appliance not working with windows 10
0
CS50 not running on Windows 10
1
Could anyone help me in fixing this error! please