So I am currently trying to set up my gedit interface and get a very simple code (a "print Hello world!" program) to compile.

Using the one that available on the pset 1, and following the instructions I end up with this... 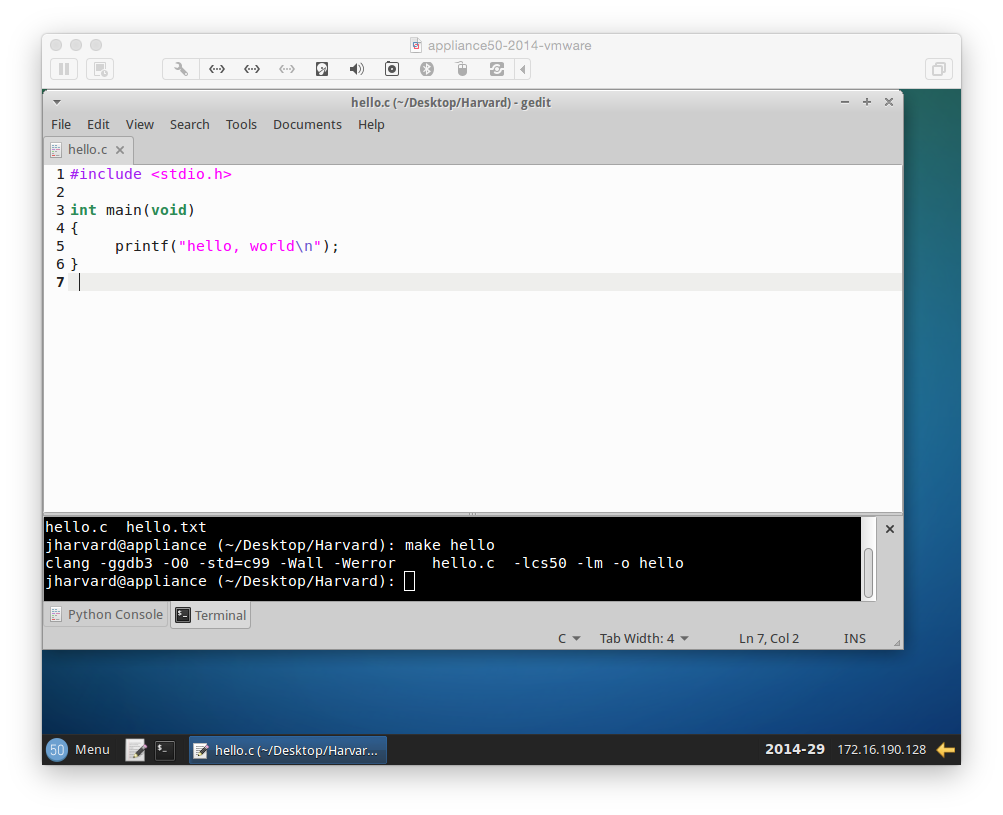 I don't think there's any syntax mistakes, so I am pretty confused. Anybody thinks they can help?

It's not an error message, it's the command that it's executed by make. make is not a compiler by itself, but it calls a compiler, and passes all the relative flags you are probably going to need, so that you don't have to specify it yourself every time you want to compile your code.

You can read more about clang flags here (http://clang.llvm.org/docs/UsersManual.html#command-line-options) although I think the above are the only flags you are gonna need for this course!

Great job on your first program not having any errors! Now you just have to execute it by

If this answers your question please accept it by clicking the gray check-mark to the left, so that it becomes green. You can also vote it up by pressing the up arrow above the check-mark. And don't forget to keep coding!!!

Not the answer you're looking for? Browse other questions tagged pset1 hello .

0
pset1 mario. can't fix errors, please help!
0
I don't know why it doesn't work, help please? greedy.c code below pset1
0
Cannot Compile - Error Message: *** No rule to make target
0
I keep getting error: use of undeclared identifier 'n' when trying to compile mario.c. I am new to coding, my code is shown below
0
I am not getting the correct output on pset1 cash… Can someone please look at my code?
1
I can't figure this out can anyone help PLEASE ( line 7 error) cash.c:7:1: error: expected identifier or '(' {