Why is this condition true if the characters in the buffer do not match? 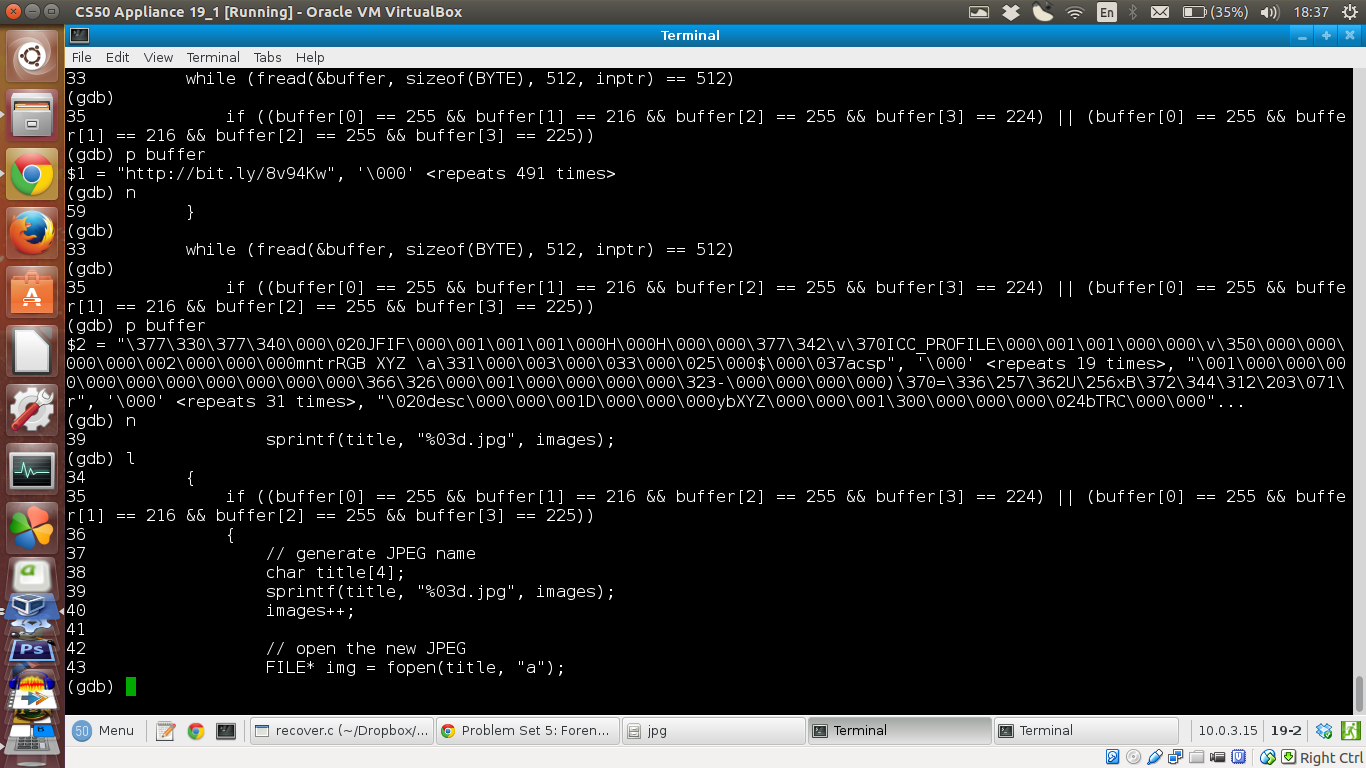 The statement is actually true. The issue here is how the values are being displayed, and the clue is to look at the pattern of your if statement:

If we look only at where the numbers are similar and where they are different, the pattern you are checking for in the first four characters of the buffer is A B A C or A B A A. Now, what is the pattern in the characters you see in gdb?

The first four characters are \377\330\377\340, which matches the pattern A B A C. That's your first clue - you can figure it out yourself, but here are some hints before I give you the solution.

What are the different printf specifiers for displaying numeric values?

If you went through the hints you have surely figured it out by now, but if you were too impatient, here's the answer:

The values are being printed out in octal representation, also known as base-8. Unlike hexadecimal, which includes the letters a-f, octal can look a lot like regular old decimal (base-10) notation. But when you see the \ escape character, you should think aha! That's not just a number or a character, it's some kind of code. Then you just have to figure out what the code is.

By the way, you could write that same if statement a little more compactly and efficiently, since it's testing the same exact thing for the first three characters. Like this:

Not the answer you're looking for? Browse other questions tagged pset5 recover .

0
PSET4 Recover: Not sure why my code is not working
1
pset5 Why can't I create the root node for my trie?
0
Pset5: not knowing why the errors occured
0
I'm really having a hard time with speller! Gives me a seg. fault. Please, help!
0
The IF in recover
0
PSET 4 Recover If condition never true
0
pset3 recover is fopen changing the first value in my buffer?
0
Recover : if condition seems to not work
0
CS50 Recover - Cannot figure out why my While loop is not being invoked