Help with implementing collisions and gravity in Scratch

I am fairly new to programming & only have extremely novice experience using Python (which was even more basic than what I can do in Scratch).

I have been trying to make a 2 player volleyball game in Scratch: http://scratch.mit.edu/projects/24260954

Things had been going smoothly until the interaction of the ball sprite and the player sprite. When the ball touches the player, it should move opposite to the angle it came from (taking the the player as the normal) & afterwards, gravity should also affect it so that it actually comes down towards the other player. I did see how to add gravity using the scratch help page but can't seem to implement it properly.

I would be very thankful if someone can shed a little light on this problem.

P.S: I mostly worked on Brock sprite, since the other sprite will pretty much replicate the first one so please note that before checking it.

This needs a bit of physics knowledge. It should be basically easy though! Let's imagine how gravity affects the ball in real life!

As I hit the ball up when it's going down, it starts moving up. It's velocity as I hit it is 0. It then increases, let's say (supposing I'm a superman) by 100 m/s and as the gravity affects the ball with some force in the opposite direction, then velocity starts decreasing until it gets to 0 again (in the air this time), then the ball starts moving down with acceleration of 9.8 m/s squared.

How to simulate this?

We could have assumed the opposite (i.e., positive means up and negative means down) and in fact, that would be more familiar, but unfortunately, this is the way computer graphics work so not to be confused. 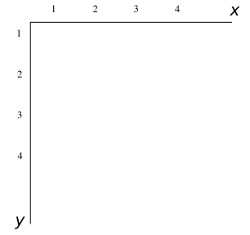 The amount with which the velocity of the ball is decreased/increased may be stored in another variable and this amount itself may be increased/decreased depending on how much you want your game to be realistic! ;)

add a line to ball sprite in motion->if on edge bounce. so that the ball will bounce back! you've created speed,set it to 1. if ball touches the ground, then change speed by -1. so, speed decreases n finally becomes zero! if its zero end script saying game over! i ask you to include a line in sprite net, if net touches ball say net and change speed by -1. hope this works

I managed to code it but due to some chaotic effect my code is going wrong.

Not the answer you're looking for? Browse other questions tagged pset0 scratch .

1
Will I still use the Scratch in PSet 1, 2 and so on?
2
Problems with clones sensing "touching" in Scratch
0
Scratch won't play the background music and switch the backdrop in my game. Help pls :(
0
Having issues with a scratch "If" function
0
I have some questions with Scratch.(I am a beginner)
0
PSET0 Question - Scratch Help. How can I get a sprite to bounce around aimlessly inside of a maze?
0
pset0 - Scratch - Problem with sprite turning right