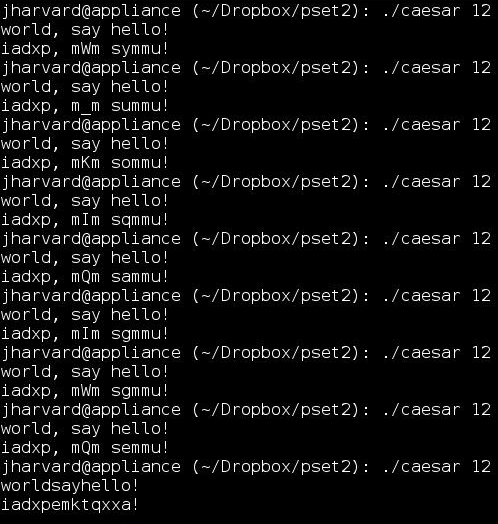 0
What is the right way to pick the chars of a string and use them into a formula?
1
Segmentation fault pset2 caesar
0
CS50 PSET2 Check 50 Hello world trouble. Caesar cipher segmentation fault and encipher the plaintext
0
pset2 caesar converting from ascii to alphabetical
1
Pset2 - Caesar (less comfortable) wraparound problems
1
Pset2 Caesar is not printing non-alphabetic characters
0
In pset2, Vigenere, I made and used an array that I would like for it to be explained
0
Caesar - Problem set 2 - incorrect output
0
Caesar Code Complies when I think it shouldn't
0
I'm stuck at PSet 2 Caesar Cipher: The alphabets don't follow my modulo 26. It goes beyond it, printing non-alphabetic characters