Parse: Where did cat.exe come from?

I have just finished lookup and parse function and for the first time when I tried to run the first check50 I am getting 2 errors, one for cat.exe and the other one for non-exsistant file, but I dont remember there were any info given about cat.exe or the nonexsistence file in the specs, I am kind of lost here as where my error might be? in lookup or in parse and how to solve it?? 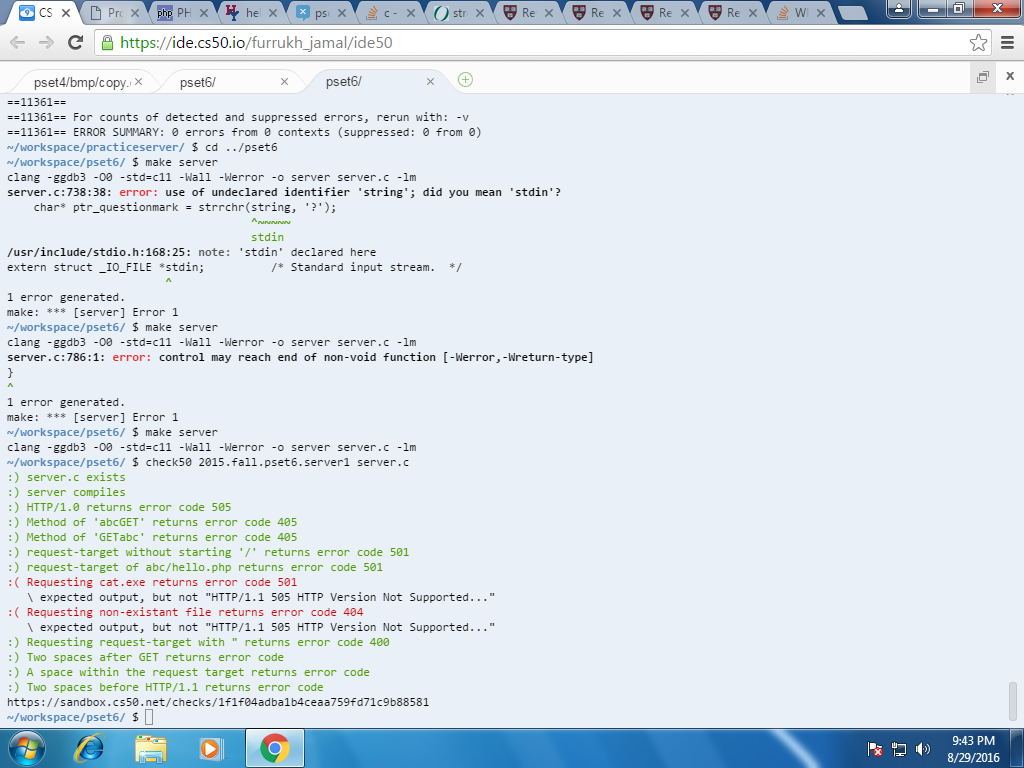 Basically, cat.exe and non-existAnt file test parse and lookup. It looks like your parse is always returning a 505. That is probably from the HTTP version test.

(It would be difficult to test for that input using your test program and GetString because of the terminating CRLF.)

There are any number of ways to extract the HTTP-version from line. The only valid string after the second space will be "HTTP/1.1\r\n".

Not the answer you're looking for? Browse other questions tagged pset6 parse .