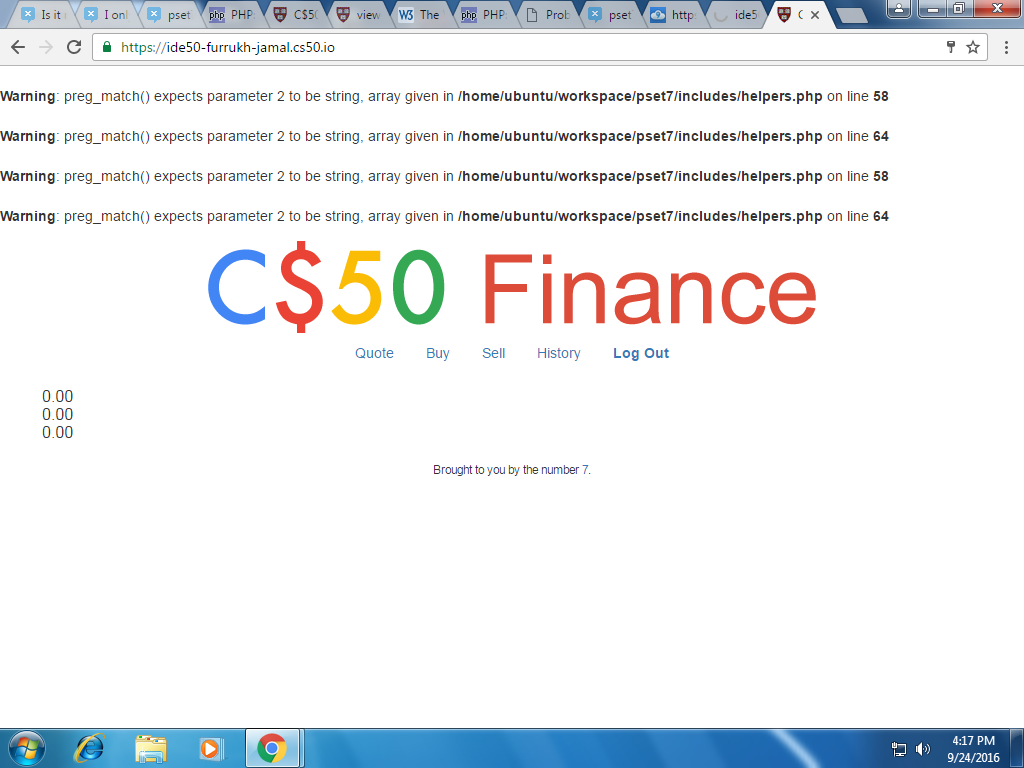 Been stuck on this problem for the last few hours, in order to implement portfolio I started by practicing, the idea was to call skroob's column of symbol, lets say I manually added two symbols there and than using a loop, call lookup for each symbol and print out the price, name and symbol through the portfolio.php file. I kind of know a bit why I am getting this error but would appreciate if someone much further explain it to me why am I getting this and most importantly how to do what I have explained I want to do

Look at helpers.php, specifically on lines 58 and 64, where the error message indicates that you have a problem. Try to think it through for yourself.

In general, here's how to reason through something like this:

Line 58 and line 64, where the errors are occurring, are part of the lookup() function:

The error message says that the preg_match() function expects a string to be passed as its second argument ($symbol), but it's receiving an array instead.

You are passing $row, which is an array.

You should do this yourself. The dump() function is provided in helpers.php, and its usage is explained in the problem specification.

Add a debugging line that says:

Put it inside the foreach ($rows as $row) loop, but before the $stock = lookup($row); line. The debugging output from this should help you to determine how to pass the correct argument (which is not the entire row, but just the string value associated with the ["symbol"] index!)

Yes, you are passing an array when you mean to pass a string, just as the error message says.

Honestly, past a certain point I'm not doing you any favors by spelling everything out for you. You need to practice reasoning through the debugging process yourself. I believe that you are capable of doing so!

Not the answer you're looking for? Browse other questions tagged pset7 portfolio .