How Does PHP Construct Variables and Store Data in Them?

From the notes of week9 - lecture,

Once we’re in PHP mode, we access a variable named $_POST. This is an associative array which PHP constructs for you whenever you pass in data via the POST method. If we had used the GET method, the data would be available in the $_GET variable.

When we submit form data to a URL or a page using either of these methods (i.e., GET and POST), how does this web page receive this data underneath the hood? And for the PHP part, who is responsible for constructing these super global variables (i.e., $GET and $POST) and storing the submitted data in them?

Toward the end of the last century (early 1990's) a common way for web servers to talk to programming languages was by using the Common Gateway Interface (CGI). CGI is very simple and works in a way that is very similar to the C programs we create in CS50.

CGI has largely been superseded by more efficient technologies, such as ISAPI and FastCGI, although many web servers still support it. You can quite easily write a C program that interacts with a web server by using the same text handling functions covered in CS50.

When PHP was invented it followed the established convention of using CGI. There is an extra mechanism when using PHP since it is an interpreted language. What that means is that the PHP code itself does not run, but is instead run by the PHP interpreter. So PHP is a program that runs .php script files. Here's how it works:

So to answer your questions:

The raw text data received by the server from the browser is passed to the PHP program. One way to think of it is like the pipe command | which is used in the find program in pset 3.

In the simplest case, the PHP program automatically interprets the text data sent from the browser and populates the $_GET, $_POST, and $_REQUEST super globals. This usually happens automatically in a web server environment, and not automatically when PHP is executed from the command line.

In some circumstances the automatic behaviour is not desirable, such as when processing custom HTTP headers from the browser, it is possible to manually parse the raw text data inside the PHP script (see http_parse_headers as a starting point).

GET and POST are two request methods of the Hypertext Transfer Protocol (HTTP), which defines how the content we call a "web page" is transferred over the internet. On a more general level, internet traffic (not limited to web pages) is governed by a set of protocols known as TCP/IP. Together, these protocols define how computers communicate with each other as parts of the giant computer network we call the internet. 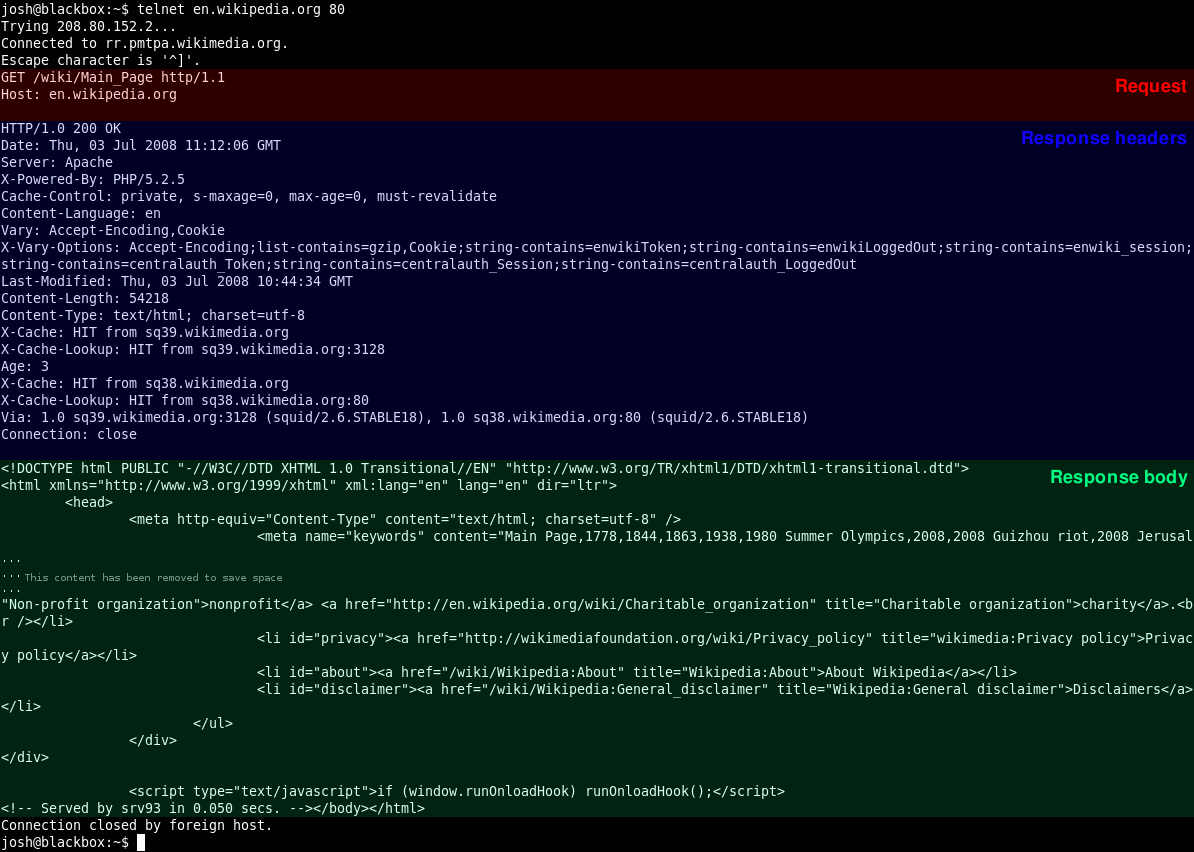 The web server machine is simply another computer running software that implements the protocols as defined for a web server. You can set up pretty much any computer with an internet connection to serve web pages, it's simply a matter of the machine being able to listen for and respond to requests from other machines that are directed toward its unique address on the network.

So, the server receives GET and POST data in essentially the same way, but it recognizes which sequences indicate one or the other, similarly to the way that problem set 5 asks you to look for certain bytes in a big chunk of data that indicate the beginning of a JPEG file. Its software then takes the data and uses it to decide what actions to take in response. These actions could include sending you a different page, starting a file transfer, retrieving information from a database, storing information in a database, and so on.

This is a more complicated question that I don't know if I can properly answer. Simply put, the web server software is designed in such a way that this request data is available to the PHP scripting environment. Another environment (e.g., JavaScript) might also have access to the GET and POST data, but not as global variables, or not by the same name. The reason you can get at this data so easily using PHP is simply that PHP has been developed specifically for the purpose of being easy to integrate into HTML.

If you're looking for a lower-level explanation like the one David gave in the earlier lectures about how C stores variables in memory, then you might be interested in the history of the PHP language. It turns out that PHP is implemented in C, so the mechanical storage of data "under the hood" takes place in effectively the same way that you learned at the beginning of the course.

Not the answer you're looking for? Browse other questions tagged php get form-data .

1
Pagination using mysql and php
3
How Does extract() Work in PHP?
2
How to Correctly Submit Form Data Using GET?
0
Setting up a connection between php and mysql outside of CS50 Appliance using the methods of CS50 Finance?
0
pset6: PHP Templating and Indexes
1
How difficult are pset7 and pset8?
0
How can I update the version of php on my cs50 appliance?