Every time comes the debugging part with the GDB, I feel quite lost. To a novice like me, GDB is not so handy compared with debuggers in IDEs of other languages and the graphic debugger is not working. I've tried to debug load() and indexes() with GDB. I tried to set breakpoints at load and run curl -i http://localhost:8080/hello.html, but nothing happened. What exact steps do I need to take to debug? More details will be appreciated. Thanks in advance!

Snippets of my problematic code: 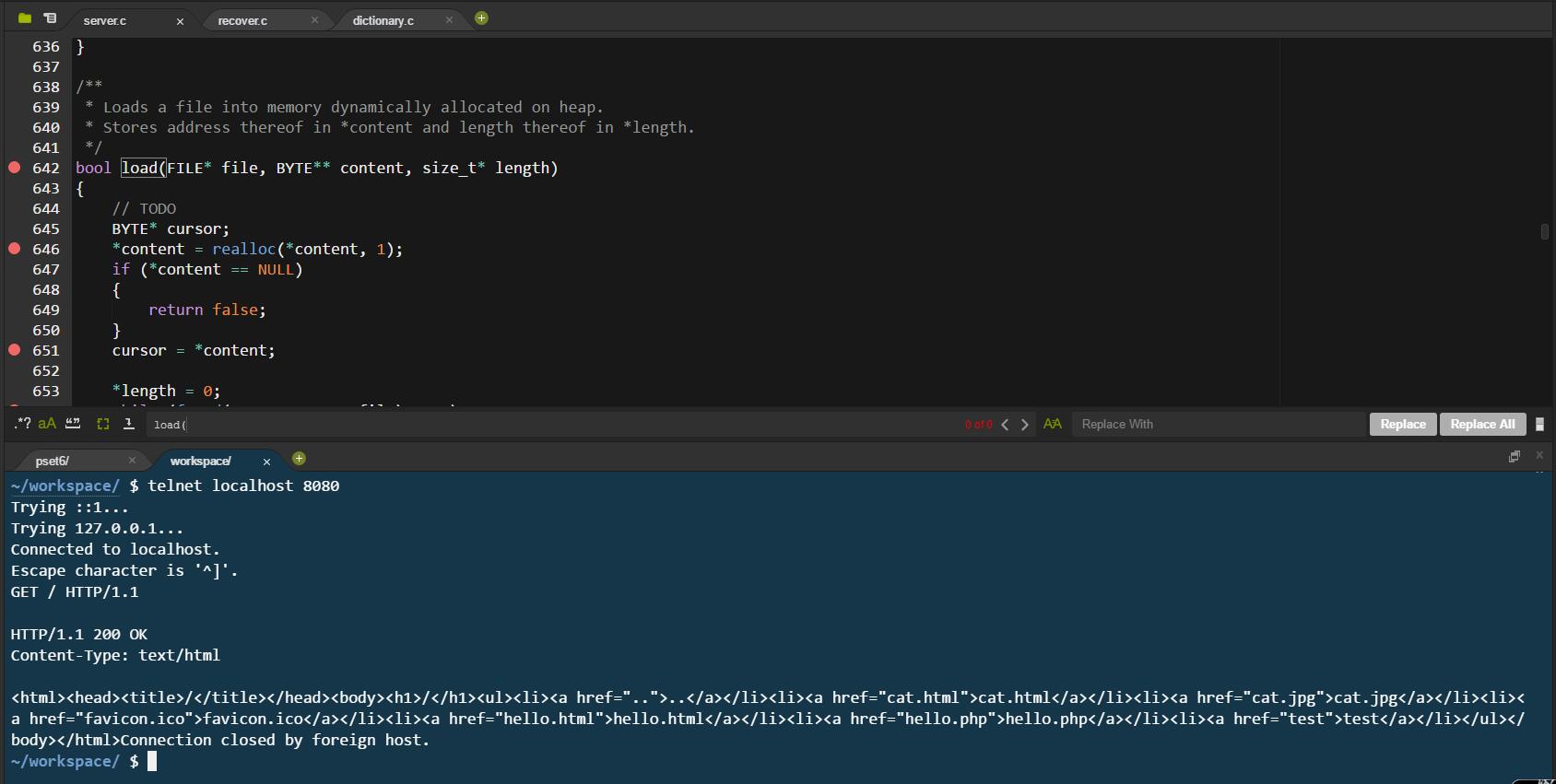 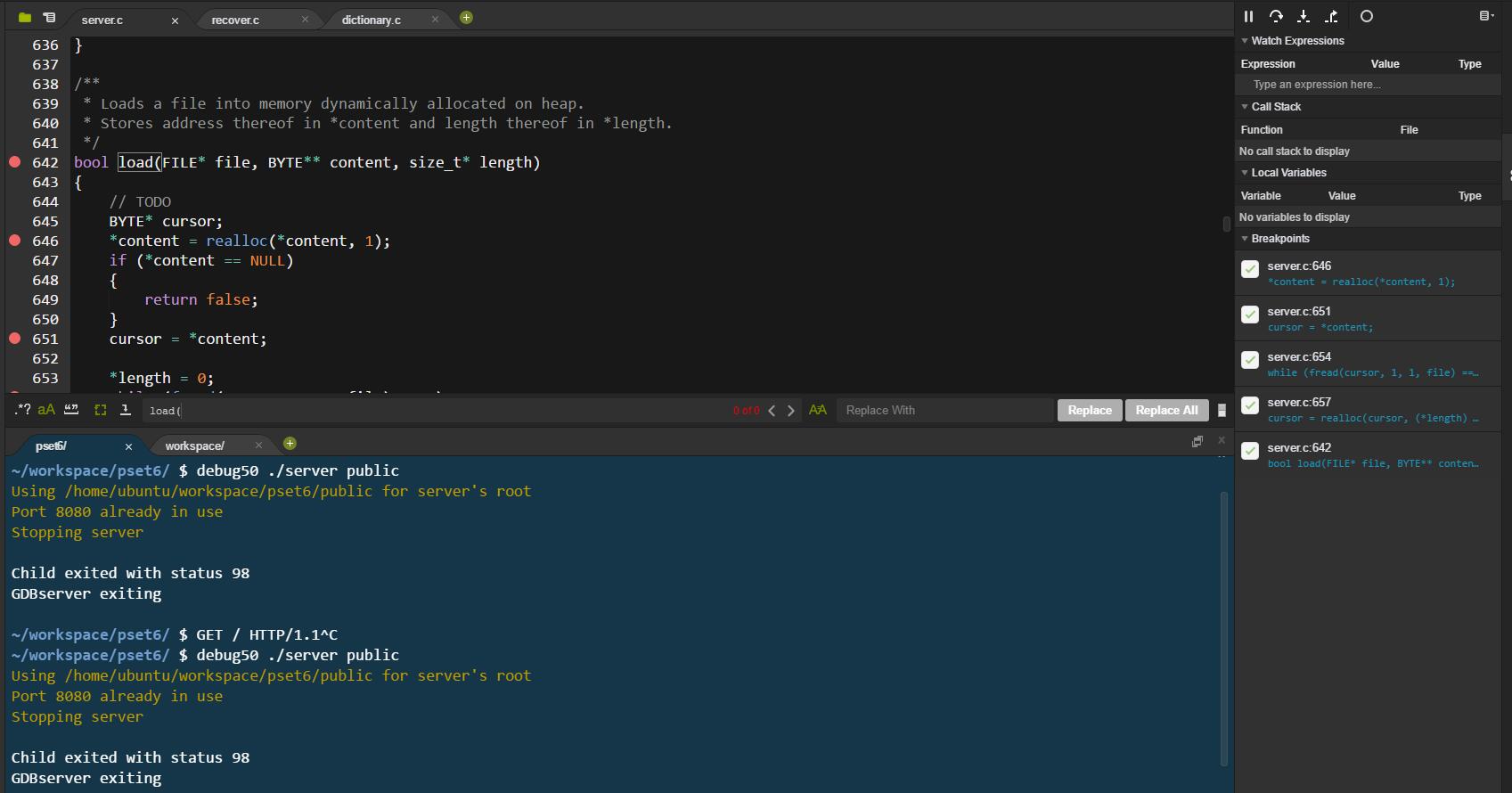 Here's what I do. Use debug50 instead of the command line gdb. If you haven't used that before:

Run update50 to be sure you are up to date (the IDE is on version 81 at the moment). Then, here's part of this year's class where Prof Malan explains how debug50 works. https://video.cs50.net/2016/fall/lectures/2?t=22m20s (if it doesn't go to that timestamp, click the 3-bar icon on the right and scroll down to the debug50 section).

So, to debug server, first, add breakpoints to the indexes and load functions (as described in the video).

Then, have 2 terminal tabs available. In the first one, run

That will launch server and open the debug pane.

In the second terminal tab, run

You can then enter a request like GET / HTTP/1.1 and then hit return twice.

Over in your debug, you should see your server program running and then stopping at indexes. You can then step through.

Here's a screenshot of what I mean. I've got the editor in the top, showing the code, and showing the breakpoint on the load function. I've launched debug50 ./server public in the bottom first tab and telnet localhost 8080 in the second tab (which you can see). On the right is the debug panel, showing me that the program has stopped at load, and giving me the ability to step into the function and follow it through. 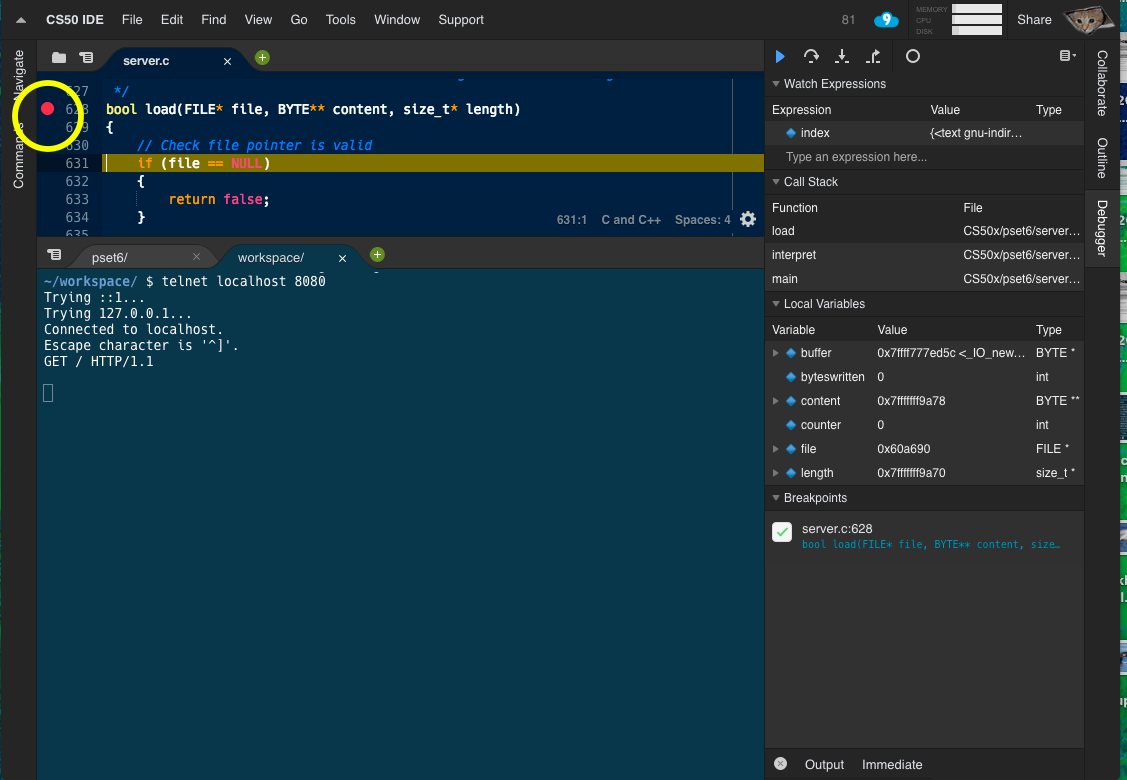 Not the answer you're looking for? Browse other questions tagged pset6 load gdb indexes debug .