I'm stuck halfway in vigenere. This is some of my code. 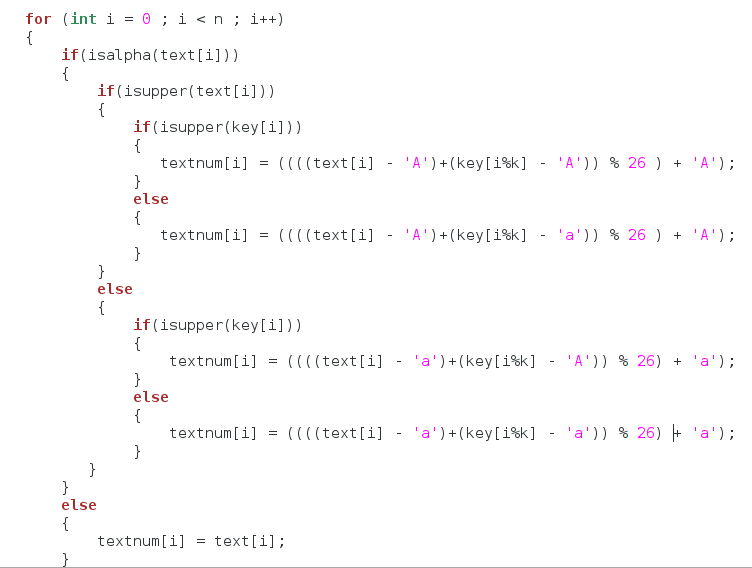 When I tried to work that out, something went wrong.

Edit 0: given the string "Meet me at the park at eleven am" as text and the keyword "bacon" as key, here's how key should repeat

Edit 1: After debugging your code, it turns out you have 2 main issues

Not the answer you're looking for? Browse other questions tagged pset2 vigenere .

0
How to Check Whether a String Contains Non-Alphabetical Characters?
0
How do I loop the keyword in vigenere.c?
0
Vigenere does not output correctly
0
vigenere.c (what is wrong with my code)
0
Vigenere - Looping issues with the non alphabetic characters
0
Pset2 - Vigenere looping problem
0
PSET2 Vigenere issues
0
stuck on the vigenere assignment for half a day. How do I proceed further?
0
CS50 Vigenere Incorrect Output
0
pset2 Vigenere Looping Help