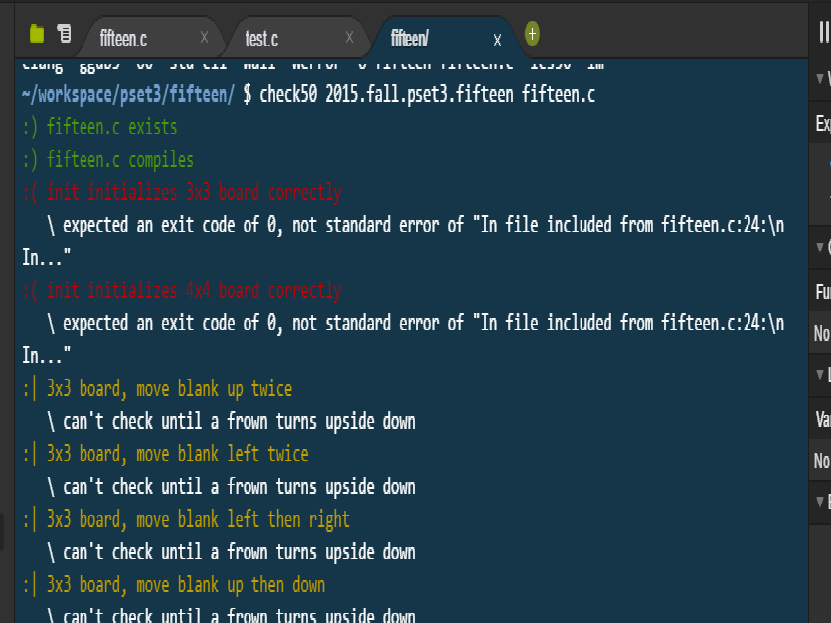 However deleting math.h solves the problem. (even though i am using modulo function $ in the code)

Open the sandbox link and look at the first line of the first init test. Notice the clang call. It is different than the clang call that make on the IDE issues. It is declaring macros in the command line -D__useconds_t=long -Dusleep=fabs. Very clever way to not do the usleeps that are used in the supplied program (or rather make them take no time). It "replaces" usleep with fabs. When you include math.h, well it doesn't like that. For CS50 you generally do not have to include math.h (never?) because it is linked in the call to the compiler (-lm).

If you use the same call to clang in the IDE, you will get the same result as check50.

Not the answer you're looking for? Browse other questions tagged pset3 .