I've been trying to import the cs50.h library by all ways to my mac or xcode with no luck, I followed the instructions on https://manual.cs50.net/library/ nothing is working

Do you have any suggestion ?

*I've attached all the steps I followed moreover the source code. **I tried to compile with terminal and Xcode compiler with no luck. 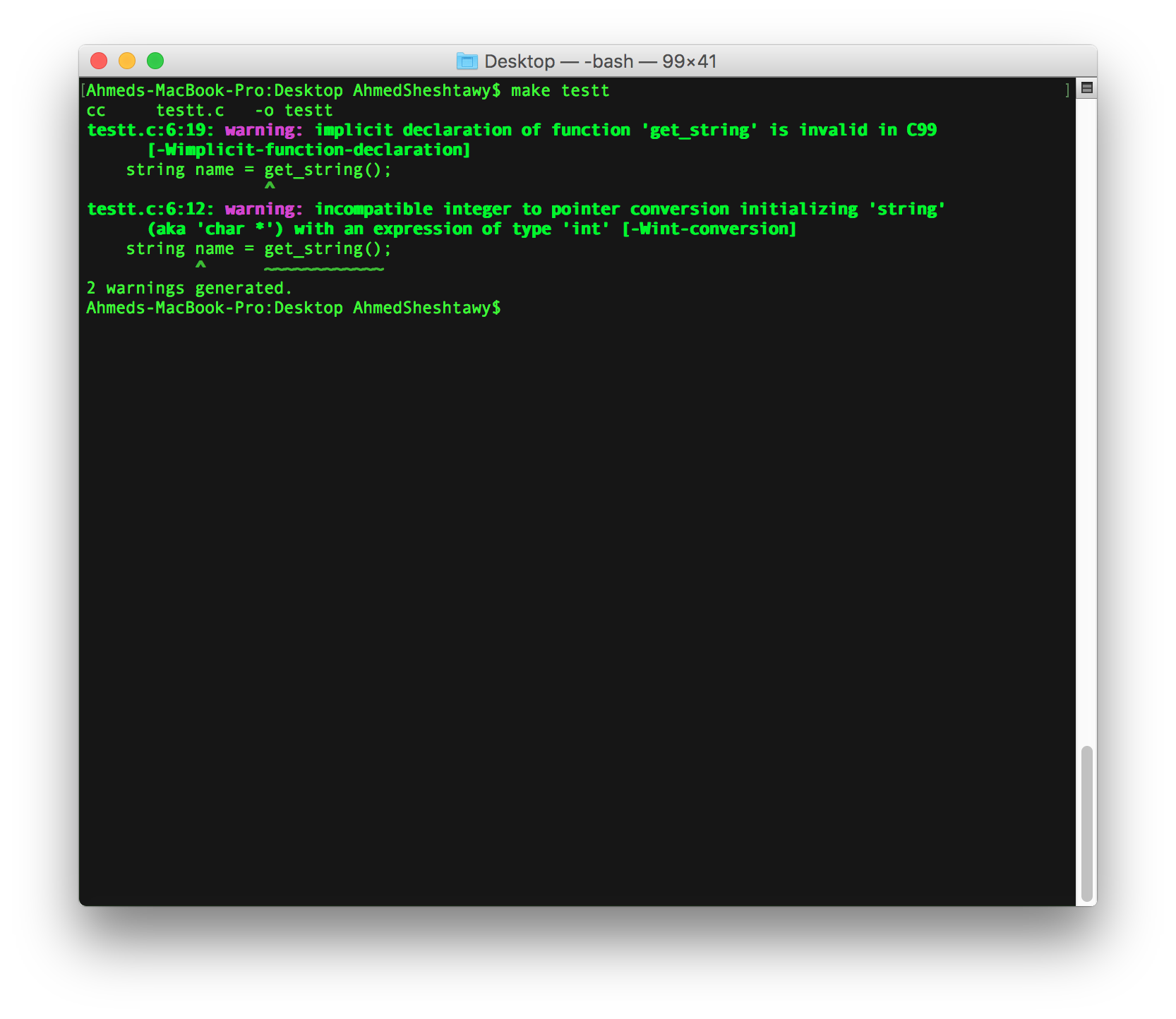 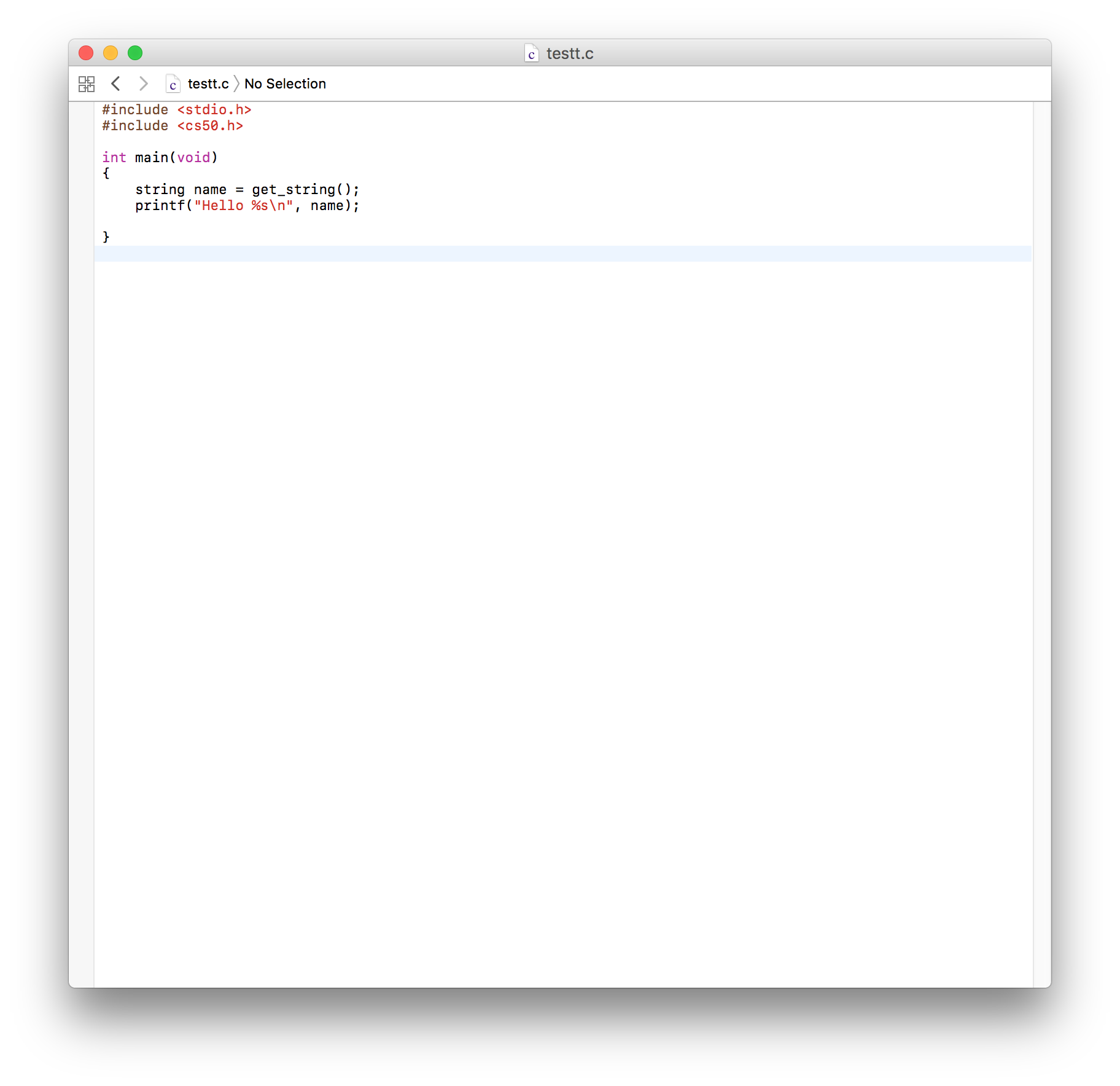 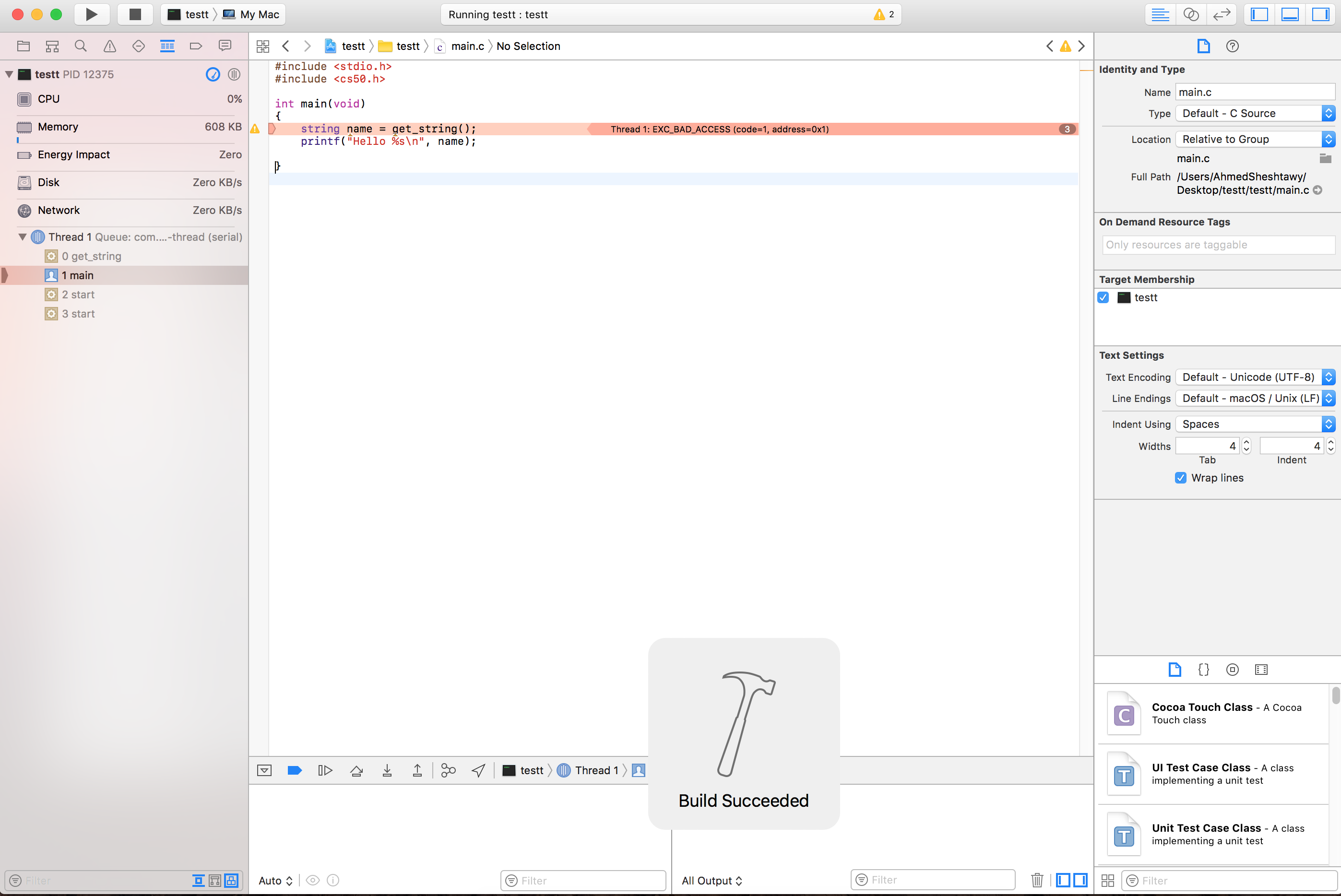 I had this problem too.

I suspect this version of the cs50 library is the 2016 version. If you look at that version of cs50.h or cs50.c, the functions provided are named differently to the current functions, i.e. get_string() is named GetString() and get_int() is named GetInt() etc.

So you need to use different function names on your machine (at least until the latest cs50 library is provided), but you will also need to link the cs50 library at compile time by including the argument -lcs50 to clang, so you might say:

You could also create a Makefile, put it in your working directory and use make to automate this process with the following code:

Not the answer you're looking for? Browse other questions tagged untagged .

2
Are the CS50 Live videos important for completing the course?
0
error when type cd CS50 on the terminal
0
I have done some coding before. How much time will I take to complete CS50
2
Is it possible to teach cs50?
0
Could not load dictionary in cs50 pset5
0
I can't log in to my CS50 finance page after I register as a user
0
i cant unzip my whodunit file even after downloading it from the given website from cs50. help me out
0
Hey guys i am new in cs50 and i am struggling to submit my CaeserCipher assignments please help
0
cs50.me problem

default
// TODO sg: TMP solution until we are confident in our current implementation of async imports // once we are, we can move the if into the js entry file and dynamically load the mark obsolete module