pset4 recover: too many JPEGs found

guys! I was solving recover, but my program finds way too many JPEGs. I believe that this is because of the following lines:

As far as I know, memcmp returns a difference between these two segments of memory which is small when they differ only in one byte (namely, it is a difference of numbers represented by these bytes.

Do you guys know better ways than mine to check for all possible startings of a JPEG?

Did you watch the walkthrough? Zamyla gives you the code you need to determine if a block is the start of a jpg. 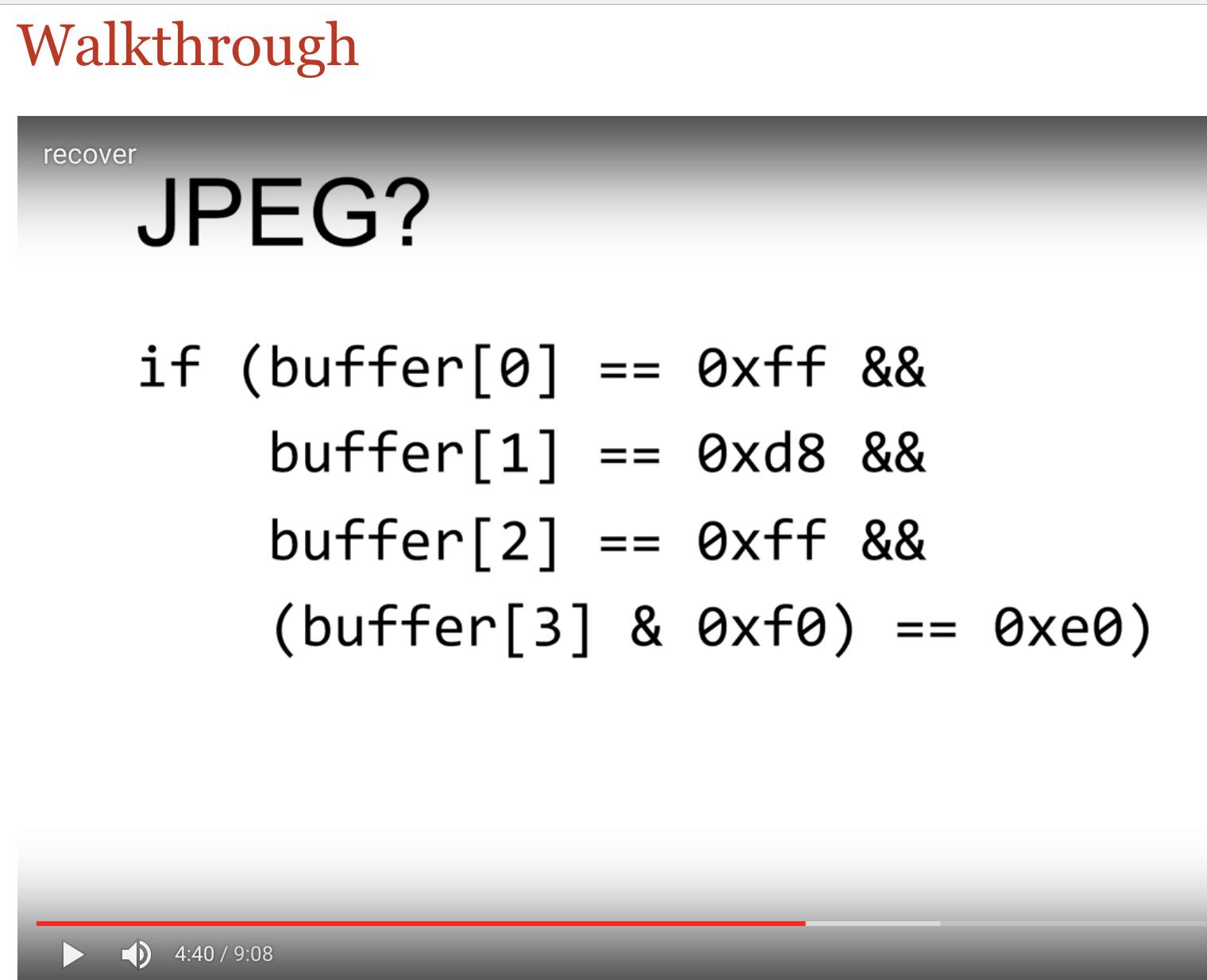 Not the answer you're looking for? Browse other questions tagged pset4 recover c pset4recover jpeg .