This is my first time posting here, I tried everything I could think of but couldn't solve this issue. Would appreciate any help I can get. Thanks!

I tried to implement a hash table to solve pset5. 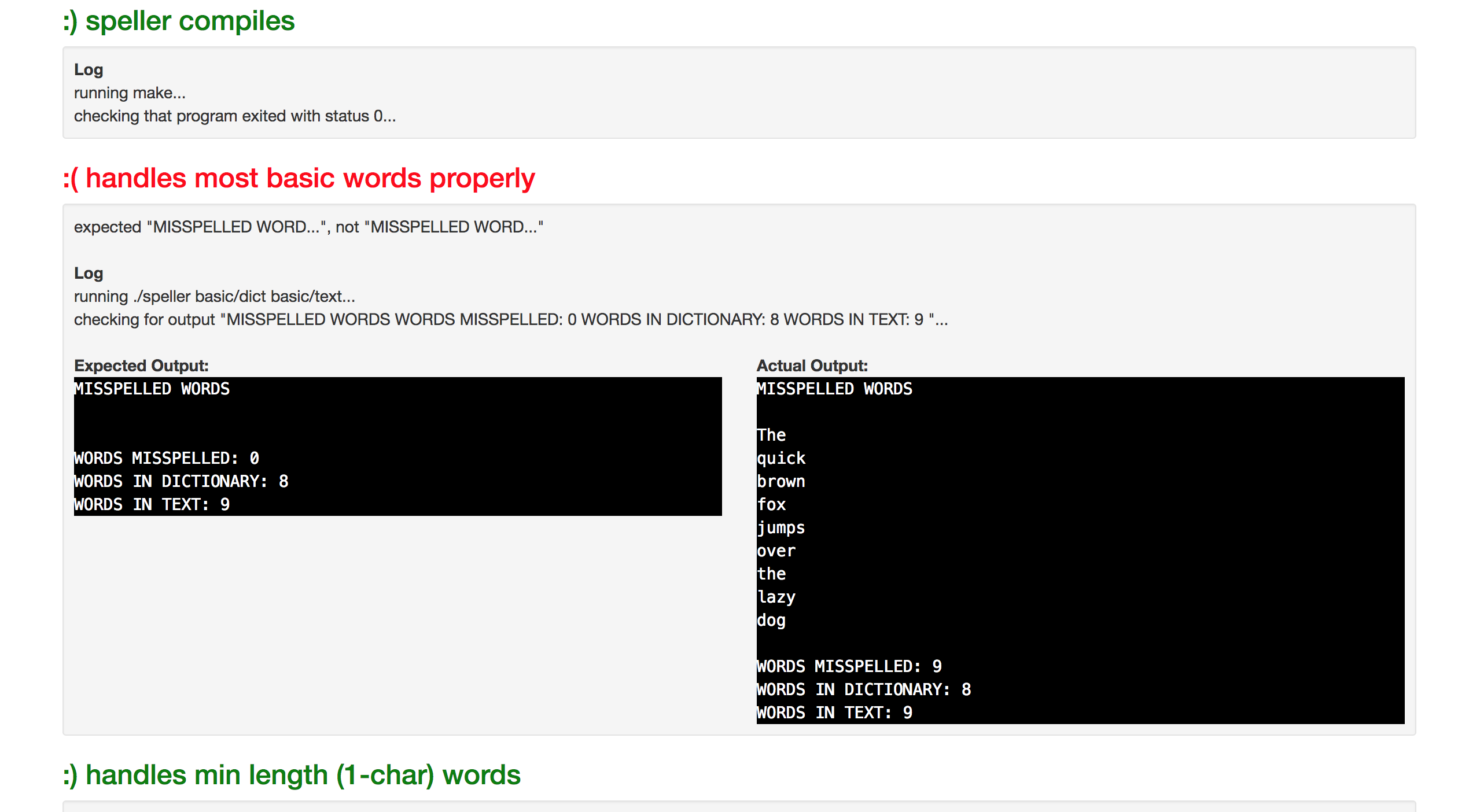 This part makes no sense to me:

It's much more efficient to insert at the front of a linked list (resulting in a reversed order). Then there's not even need to differentiate between first element of the list and any other. Just set newnode->next to the current first node (even if it's NULL), and make newnode the new first node. That's O(1) on insertion compared to O(n) when appending.

Your hash table would work better with a more sophisticated hash function, distributing evenly over more table entries. Lookup on a linked list is O(n), which is pretty bad, it's just fast if your linked lists are short.

Not the answer you're looking for? Browse other questions tagged pset5 check50 .