Why are my test files giving out weird results on both my program and cs50's staff solution?

I'd like to know why my test files for pset6 do not get highlighted for the lines that are the same. The official test files work though. What is happening inside my test files?

This is the test on cs50's offical test files: Hello.c and Hey.c.

This is the test on my own files on my similarities program.

Here's a test on my own files on CS50 staff's solution. 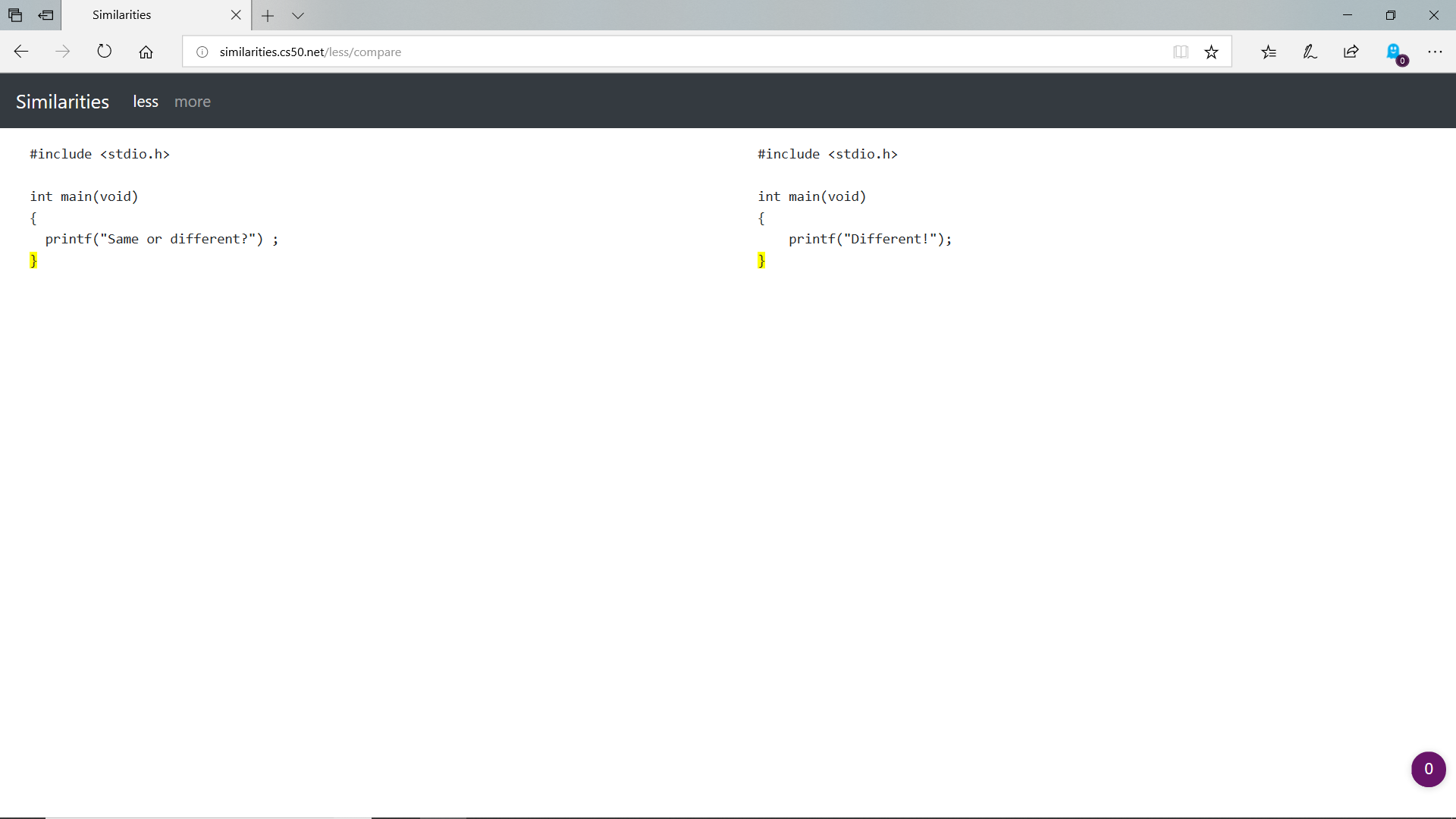 Here are the insides of my file1 and file2. 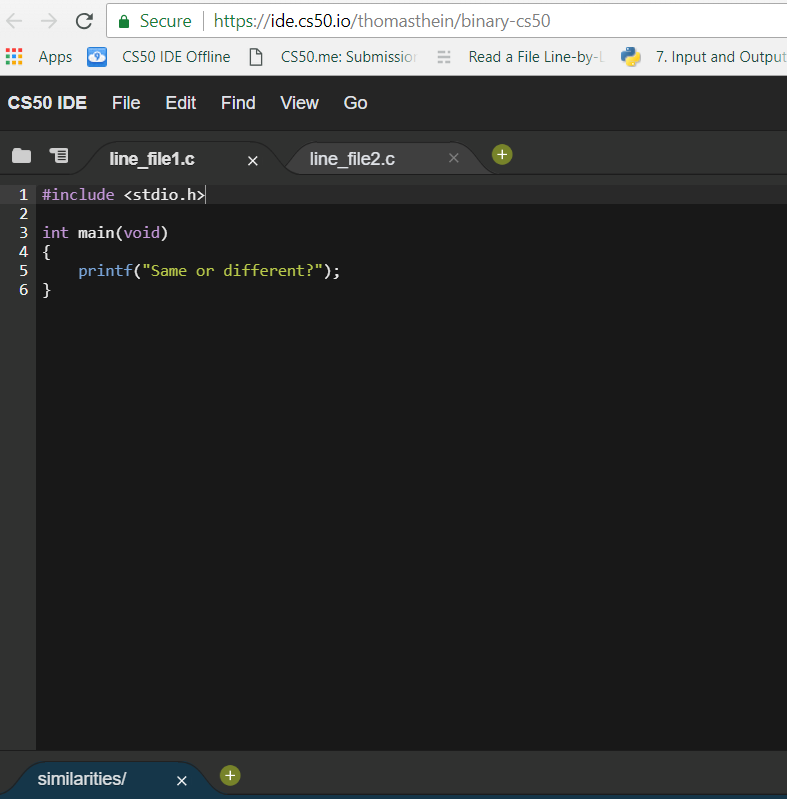 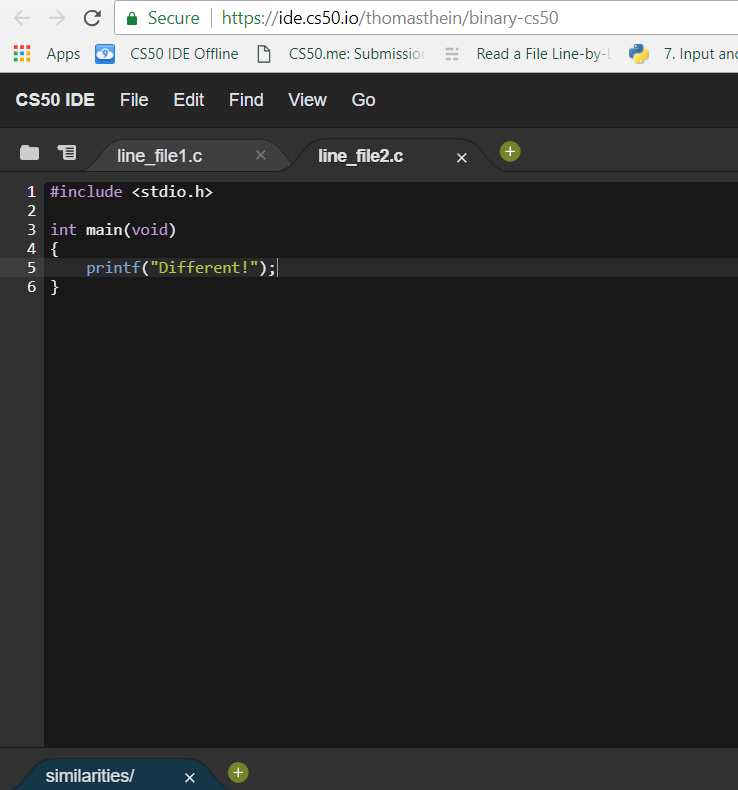 Just tried with two files, one ending lines with CRLF (\r\n) and one with LF (\n). Comparing the CRLF file to itself will match only on the last line (not ending in CRLF), while the LF file will match itself on all lines.

So you most likely have your files uploaded with CP/M-, DOS-, Windows-style CRLF and not Unix-style LF. A text editor like Notepad++ allows you to pick the kind of line break inserted on hitting Return, also there are tools dos2unix and unix2dos to convert text files between the two standards.

(to make confusion perfect - Apple's OS before OSX, which is a BSD and therefore Unix-style, used CR/\r)

Not the answer you're looking for? Browse other questions tagged pset6 cs50x similarities .

1
Dictionaries are not where they are supposed to be
0
why my pset6 got zero? Everything worked fine when I compared my solution with the stuff and check50
0
Segementation Issue in Pset 6
0
Requesting test.css and test.js does not work
0
pset6 (2016) implementation failing 4 tests on check50 and submit
0
PSET1 mario.c why if and return
1
What is length in matrix.html?
0
API key or look up function error in cs50 finance pset9?