Thank you so much for any help in advance, I highly appreciate it! 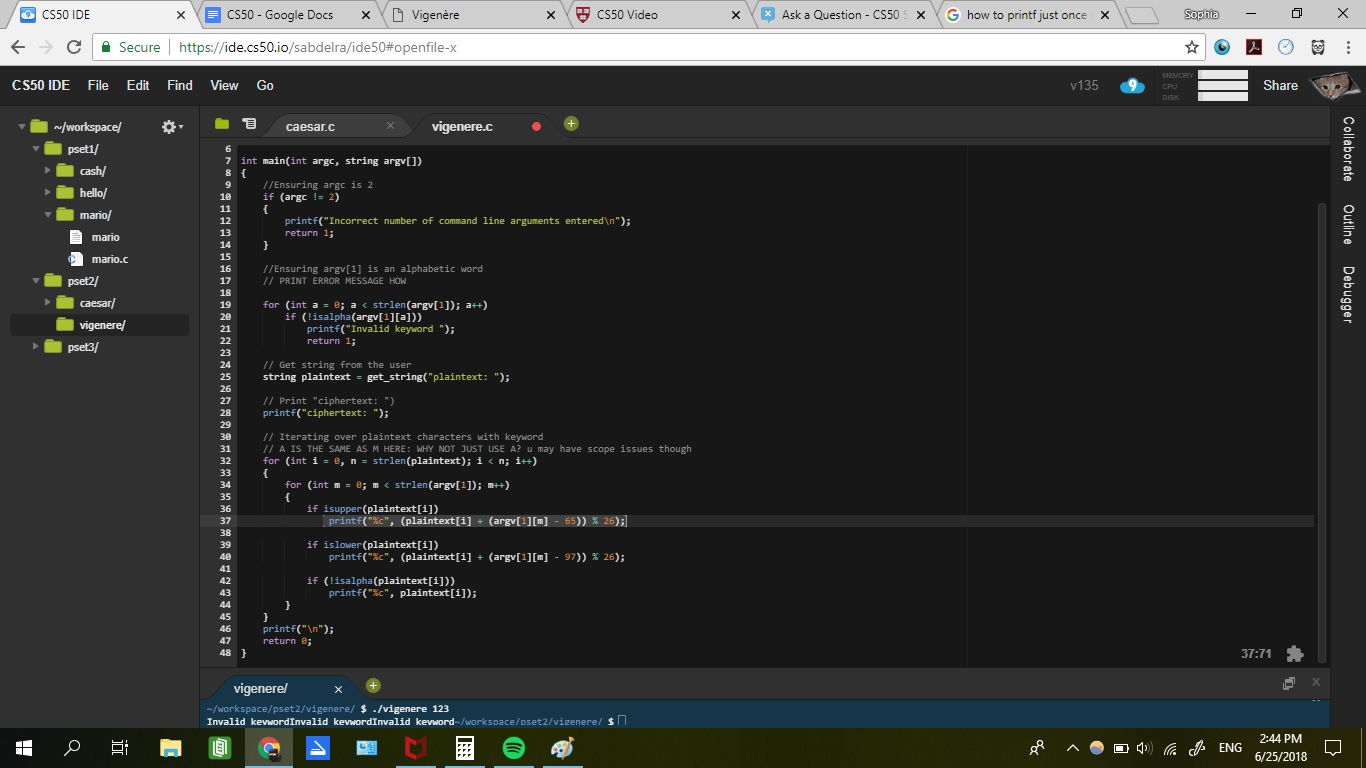 Not the answer you're looking for? Browse other questions tagged pset2 vigenere printf char .