I have atom editor installed and git bash on my windows PC. In the screenshot below - Brian opens the file in atom editor using atom . command on his MAC machine. 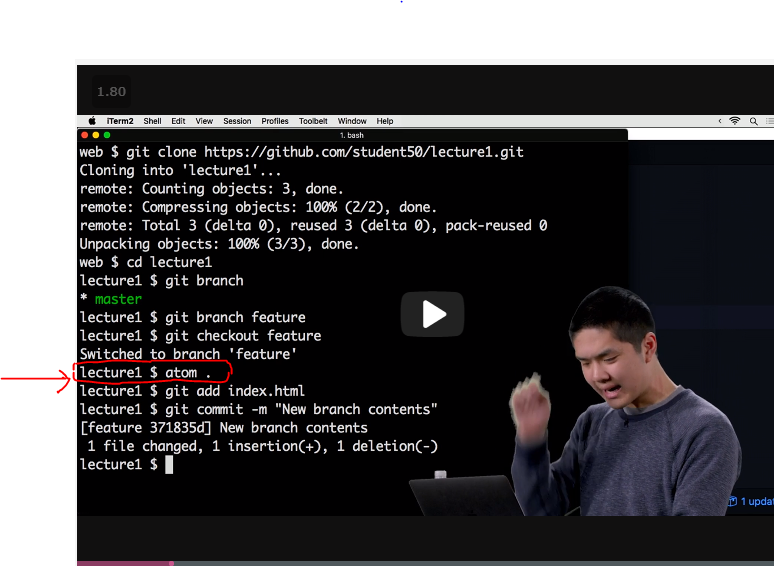 However same cannot be done on the git bash on the windows machine as shown in the screenshot. 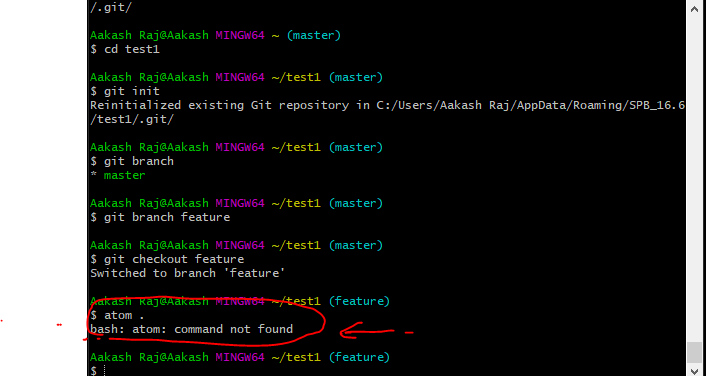 In the branching operation shown in the Week 1 lecture :-

I am getting stuck 3rd step, I cant open atom editor on windows git bash using atom . As a result, I have to separately copy the files in a folder and then separately open in atom. How can I open atom and edit files of cloned repo and then push both branches?

I can push both branches but the file is unchanged in both branches and I think it has to do with me not editing files in correct directory.

Sorry for long question but thought I would write.

If you want to associate atom with all git operations, run: git config --global core.editor "atom --wait" If you just want to edit files, add an alias in git:git config --global alias.edit "! atom" and now you can edit any file by calling: git edit [filename]

And it looks like you need just the second one,so give it a try.

Not the answer you're looking for? Browse other questions tagged github git cs50-web-programming-with-python .

0
CS50 Web programming with python: project2
0
Cs50 Web Programming - How to autocomplete - Project 1
0
CS50's Web Programming - Unable to import books.csv file into database
0
Cannot access CS50 Web settings for GitHub Pages
0
error while trying to update database using python and sqlalchemy
0
Unzipped the file, how do I run the cmd “touch index.html”, so I can create a new index file for my repo so I can commit and just start coding?
0
Incorrect Directory Structure on github - Submission rejects
0
cs50 web programming with python & javascript. Entry not saving and I can't figure out why
0
Edit Function Help - CS50 Web Project1 Wiki