Having trouble with make command 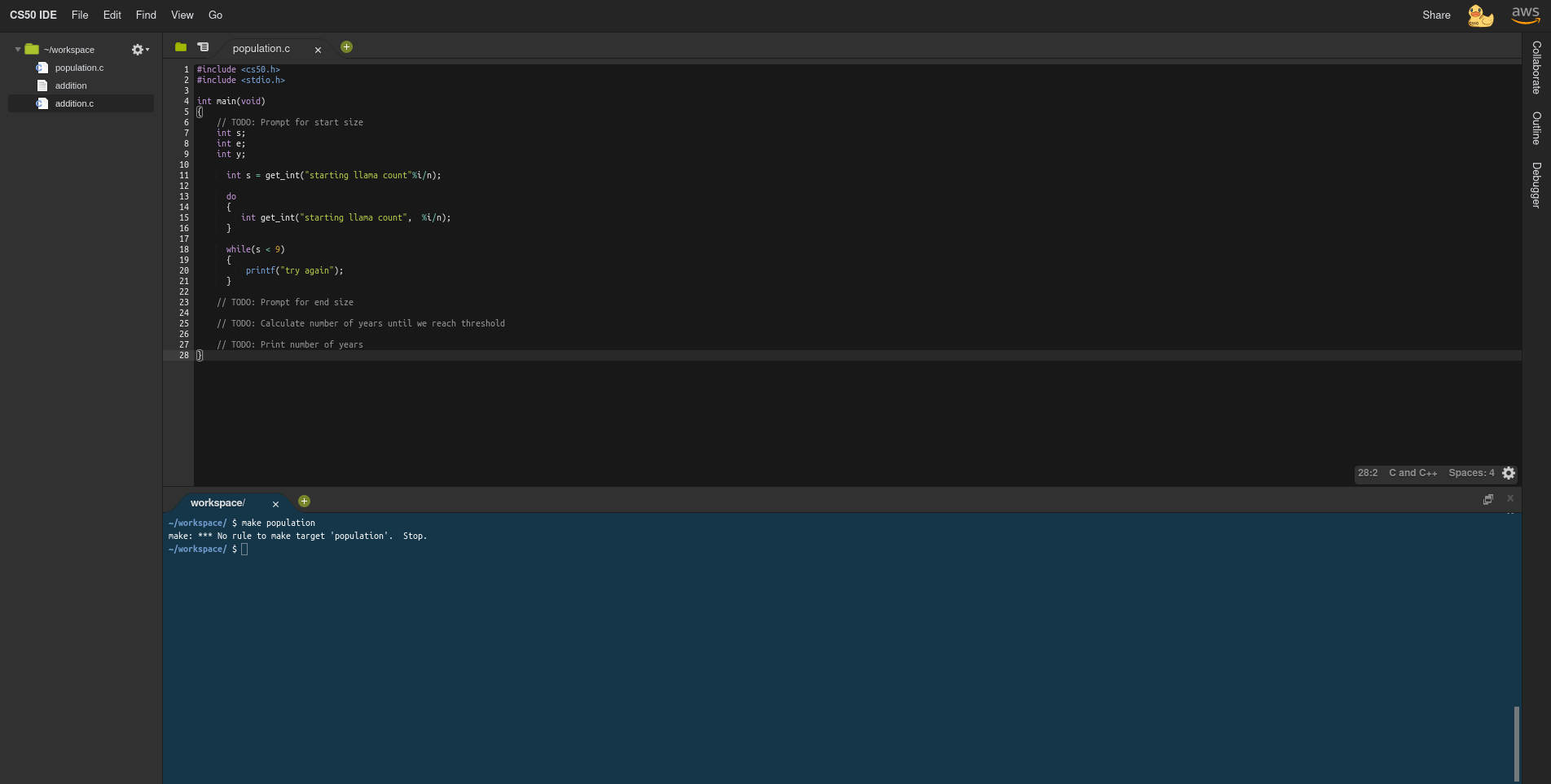 when I try to make population I get this response. make*** no rule to make 'population'. stop.

The other runs fine it makes and runs the code

Your code has multiple errors. First, you declare two int variables named s. Second, you declare an int in your do-while loop without giving it a variable name. Second, you are using printf syntax in your get_int functions. Your do-while loop is also not written correctly. When I try to make your code, I get a number of errors. All of these will through errors that could prevent the compiler from making this. I do not know why you might not be given the errors in your terminal, but, when I correct these issues, the make command functions correctly.

Edit: I can see your problem in the new picture. Sorry, should've thought of having you spell out the directory, as Cliff did, but it didn't occur to me that this could be the issue. You appear have a leading space in the name of your population.c file, which is why it is surrounded in single quotes. You can either right-click on the name of the file in the file explorer to rename it without the space, or use your terminal to run the following commands cp ' population.c' population.c followed by rm ' population.c'.

First thank you, Robert for helping as you can tell i know very little at this point. I ran ls -al this is the result. 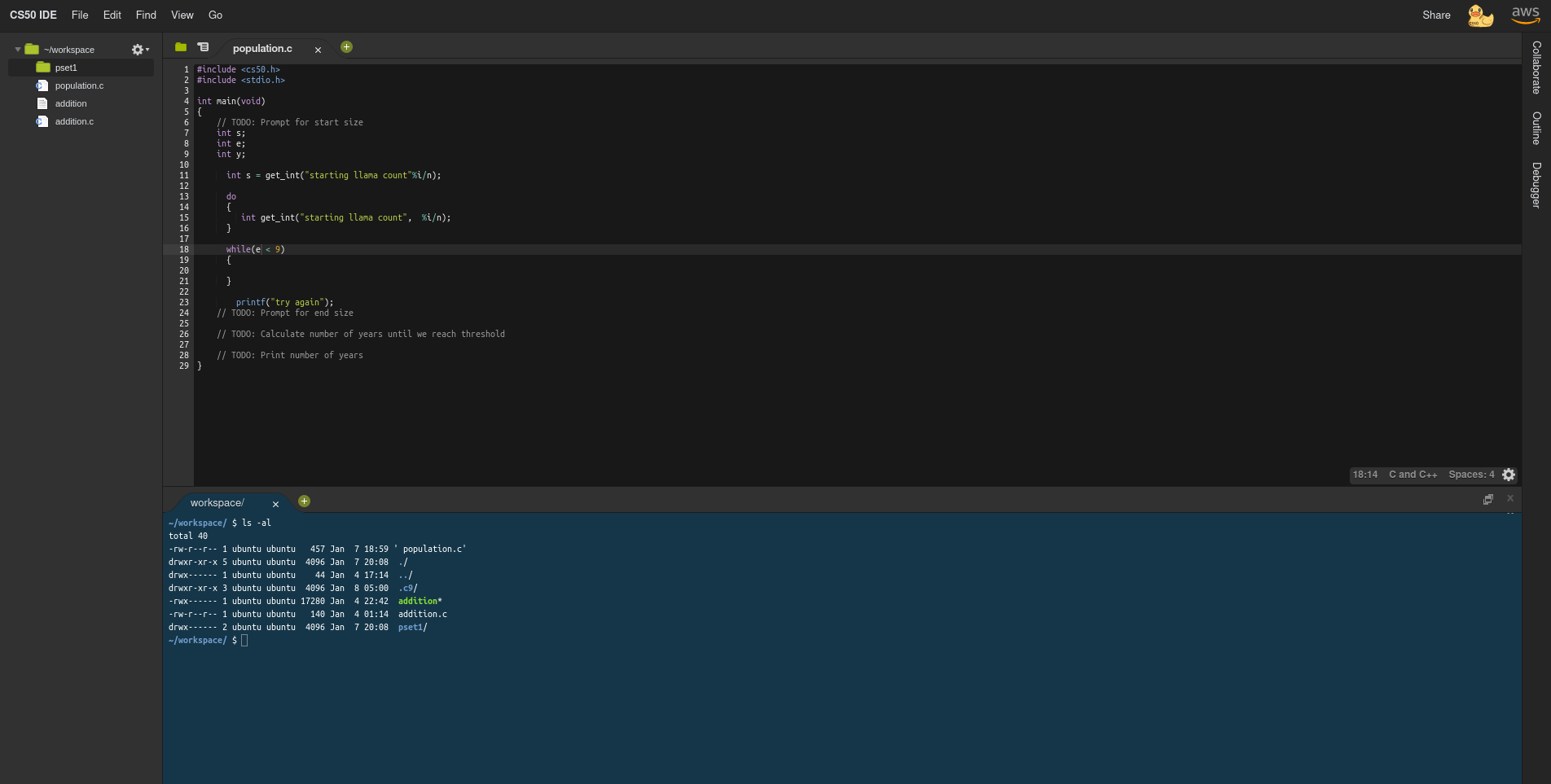 Not the answer you're looking for? Browse other questions tagged make .