Difference between a variable and an identifier 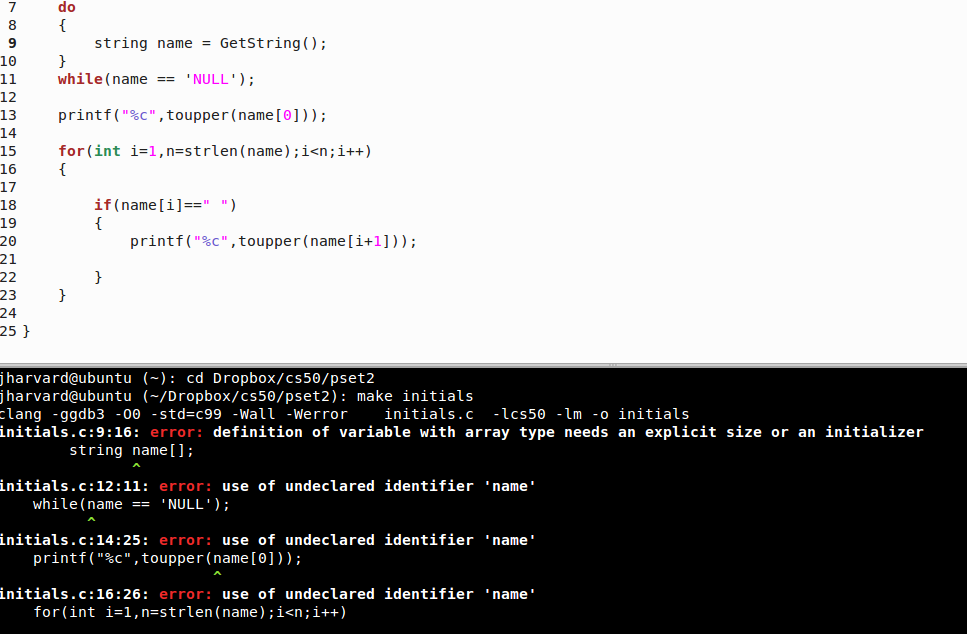 Please explain the difference between an identifier and variable? And what went wrong in this program ? I have declared an variable name then also it says undeclared variable and calls name an identifier ??

There is a problem with the scope of the variable. You declared name as a string, that's OK, but what's the scope of this variable? It has a local scope, i.e. it exists only inside the brackets {} of do-while loop. You can google for more info on scope of variables in programming languages(especially C). At lines 11, 13, 15, 18, and 20 you try to access name which actually does not exist, so compiler throws an error message.

Declare the name at the beginning and then do all the stuff you want later. BTW Declaring all the variables in the beginning of a function is considered a good practice.

Two other problems I see are :

PS : Variables and Identifiers are same, both of them help us uniquely recognize an object.

Not the answer you're looking for? Browse other questions tagged pset2 string .