Checking the base address of pointer string

So why aren't both the values of a and b printed same? Both should contain base address of a.

Because you are not printing the same for a and b.

a is a pointer that stores the value of the adress to the first byte in the array of chars, but a is also stored in another adress. 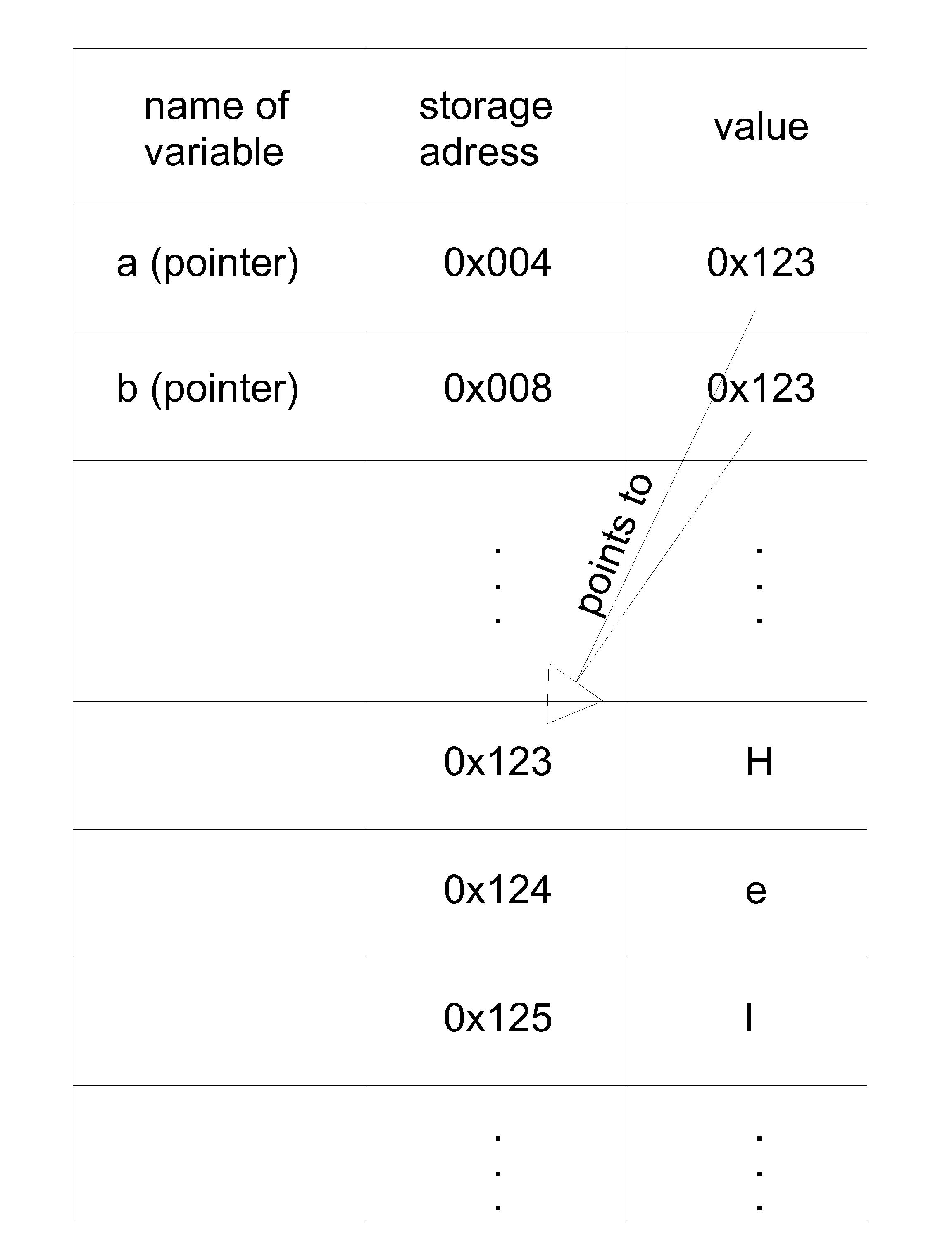 in which case the string "foo" will be stored somewhere in a data segment in memory. The address of this location is stored inside the pointer variable s0. Yet we could directly assign the string "foo" to s0, a thing which wouldn't work with other pointer types. For example

So what is actually stored in s0 is NOT "foo", but the memory address where "foo" is stored.

Not the answer you're looking for? Browse other questions tagged string pointers .

0
Whats the adress of this string?
0
Precedence Short: What does "&x" do?