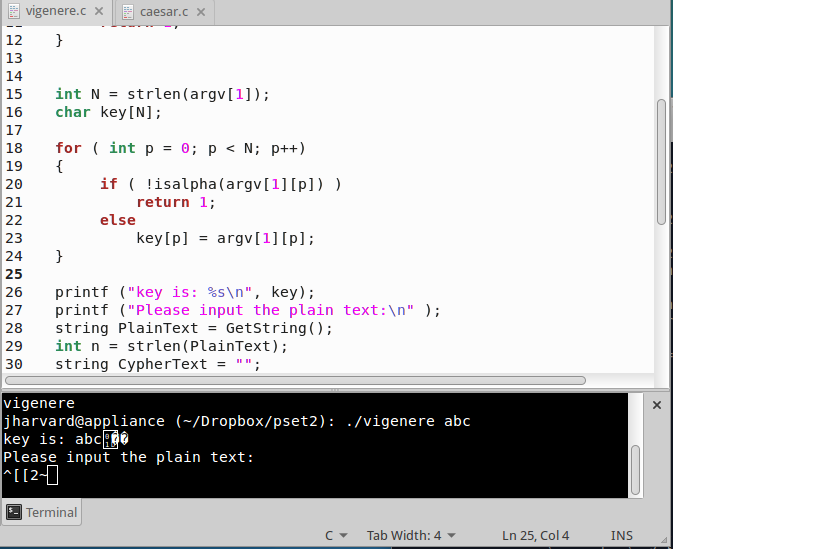 why the argv[1] comes with garbled words and the program runs at the segmentations fault... can't find why?

Here's what you're trying to do:

So either way, foo's length is 6. If you use sizeof(foo) it'll return 6, too. Now why's that? Remember how computers construct a string? How does a computer tell that foo is a string or not, considering it's actually just all 0s and 1s underneath the hood? Computer scientists invented what's called a sentinel value to denote the end of a string, namely, NUL.(Not to be confused with NULL, which is a pointer that points to nothing) NUL is a char with all bits set to 0. That is, 0000.

NUL denotes the end of a string, and it also takes up a space because like any other char, it's 1 byte. So if you are to make a string by putting each char in individually, you must also put a '\0' at the end.

Not the answer you're looking for? Browse other questions tagged pset2 vigenere .