trying to declare variable outside of loop per the water.c walkthrough

I have spent the past few days experimenting on the suggestions given in water.c walkthrough by writing different snippets of code.

I keep getting the following messages and just don't understand why it is asking for a ";" after int main (void) nor the "expected identifier '('" error.

Please, help! Thanks so much in advance 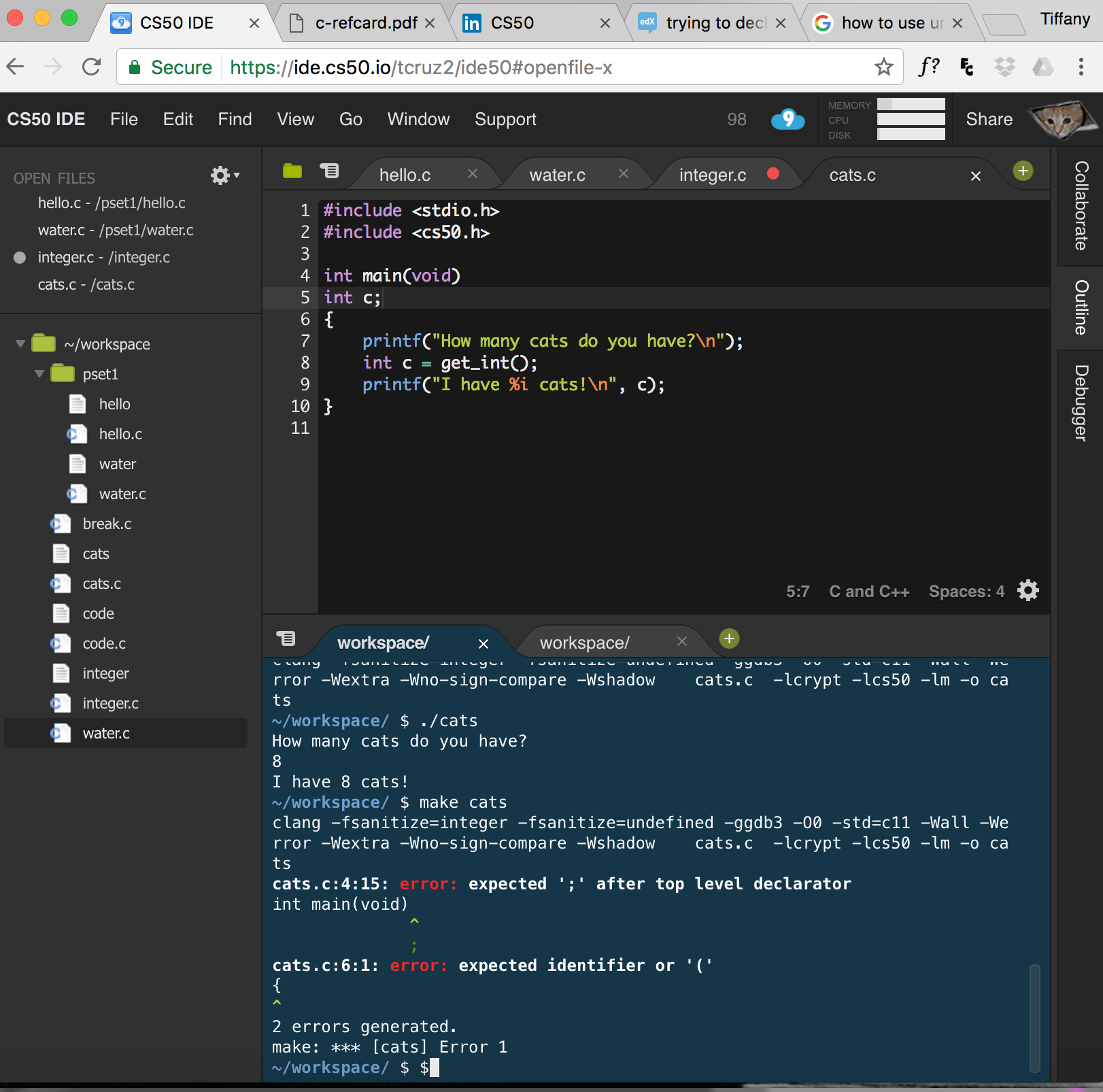 A function definition requires a { after the function signature. Your function does not have one now, so the compiler assumes you meant a function declaration instead, which requires a ;.

Place variable declarations either outside the function (making them global to your source file, do this only where necessary), or in the function (variables are block-scope, end their existence on leaving the block they're declared in), but there's no in-between.

Not the answer you're looking for? Browse other questions tagged pset1 water.c identifier .

0
Do/while loop gives error of unused variable, pset1
0
pset1 greedy: my code counts only quarters
0
Pset1 Greedy: How can i use a variable that is inside a for loop, outside the for loop?
0
Pset1 error: expected identifier or '('
0
Can I declare a variable *within* a do-while loop?
0
pset1 water.c undeclared variable
0
Is there a better way to know when the loop is repeating?
0
My pset1 Water Code Works as per the Spec, but Doesn't Pass the Check50
0
PSet 1, Trying to add a loop to Water
0
Pset1: Error when trying to assign single digits of int variable to array using for loop