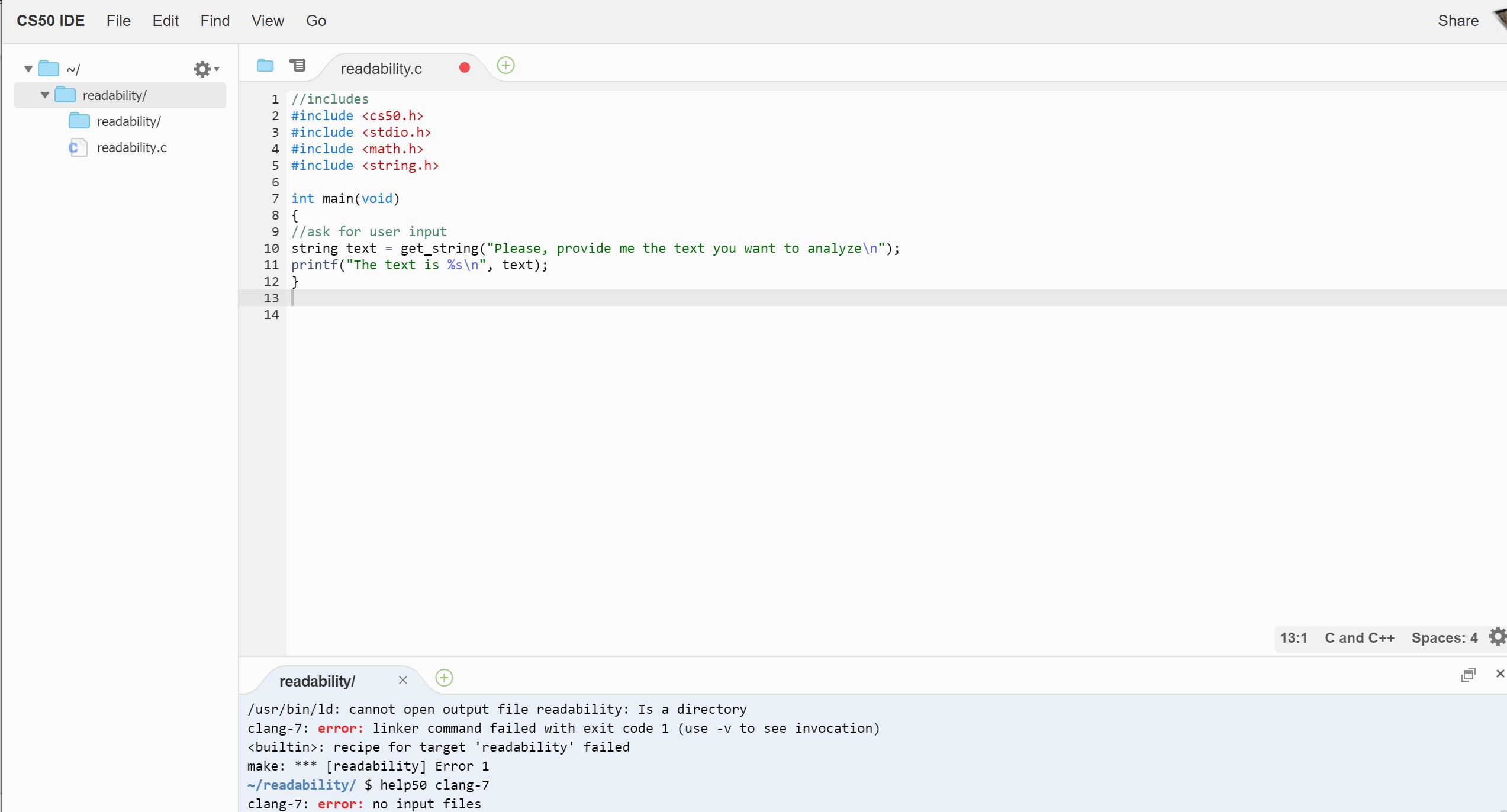 Hi, do you know how to solve this error? Thanks!!

There should not be 2 folders (directories) named readability. The project panel should look like this:

On your system there are two folders (directories) named readability and that causes the compiler to fail because it is trying to make an executable named readability, but that name is already taken.

Follow these steps in the terminal to remove (rmdir) the "extra" readability directory.

Remember, the information before the$ in the command line prompt is the current working directory. There is other feedback too, for instance, the readability.c tab has a red dot. That means recent changes have not been saved to disk. make is going to use the version of readability.c that is on the disk, so don't forget to save changes before attempting to compile.

Not the answer you're looking for? Browse other questions tagged pset3 clang .